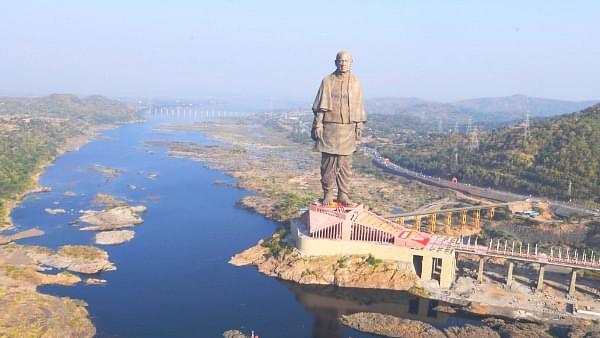 Statue of unity in Gujarat (@BJP4India/Twitter)

Sardar Patel’s family members have thanked the Prime Minister for giving due recognition to the leader, DNA has reported. They also claimed that the leader who united the country was denied prime minister-ship by Jawaharlal Nehru and Mahatma Gandhi.

“Mahatma Gandhi and Jawaharlal Nehru are responsible for not letting Sardar Patel be the Prime Minister of India. If Sardar Patel would be the first PM of India, our nation’s fate would be different,” Dheerubhai Patel the grand-nephew of Sardar Patel said on the occasion.

Further, the family members of Sardar Patel credited the Prime Minister for making the first Home Minister popular at the world stage. “We are happy today, if we put the past aside. It is a proud moment for our family that our great grandfather has got this honour and respect from Narendra Modi,” Sister of Dheerubhai, Urmilaben said.

What Sardar Statue, The World’s Largest, Tells Us : Modi Has Taught Nation To Think Audaciously Big

This Is The Tourism Ecosystem Planned Around The Statue Of Unity