This Is The Tourism Ecosystem Planned Around The Statue Of Unity 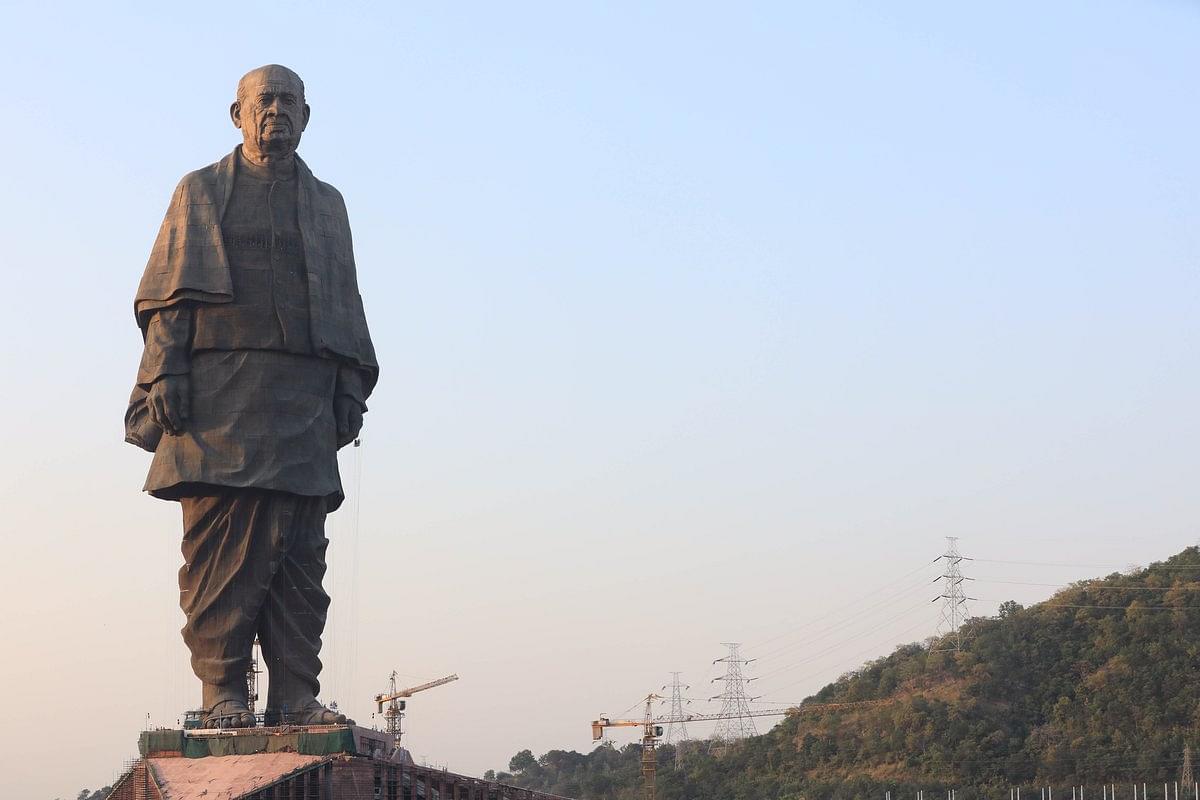 Later today, Prime Minister Narendra Modi will unveil the nation’s tribute to Vallabhbhai Patel, the man who shaped much of modern India the way we see it today. However, the construction of the statue, which rises 182-metre, has received criticism from multiple sources. As always, the most common line of criticism is: the money spent on building the statue could have been used to feed the poor.

While much of the criticism is politically motivated, some of it comes due to the lack of understanding of the project and little to no knowledge of the plan. Contrary to popular perception, the Statue of Unity is not located in a “remote corner” of the country. It is far from being an isolated project in wilderness.

A closer look at the details of the project would suggest that the statue of Patel, although central, is just one of the many attractions.

The tourist hub that is being planned near the Statue of Unity will offer adventure activities, water sports and ecotourism. A tent city will come up near Sadhu Bet, the island on which the statue has been erected. It will be developed on the lines of Kutch Winter festival and will have 250 tents in the first phase. Unlike the Rann Utsav, the tent city will remain operational throughout the year. Narmada Tent City is expected to surpass Rannotsav in terms of attracting domestic and international tourists.

The tent city will have 75 luxurious, 75 deluxe and 100 standard tents. The site is located 3.5 kilometres away from Sardar Sarovar Project. In addition to this, there are plans to start adventure activities and water sports in the upcoming hub. Light and sound show, and musical fountains will be the added attractions.

The tent cities that are being planned will be powered by solar panels floating on the surface of lakes near them. In addition to this, an organic waste converter will produce bio-fertiliser from the waste in the city.

Boating facilities have also received approval in the Karjan Dam and Sardar Sarovar dam. Islands showcasing tribal culture are being developed as part of this project. Kerala style houseboats are also being considered for boosting tourism. The jetty for this boating facility will be 23 km away from the Statue of Unity.

In addition to this attraction, the Statue of Unity will also have a viewing gallery that will enable the tourists to enjoy the panoramic view of the natural beauty surrounding it. It will be located at a height of 153 metres. High speed lifts capable of carrying 24 people at a time will aid visitors to reach the gallery in 30 seconds.

The ‘valley of flowers’ project is also part of the tourist attractions in the region. Modi had suggested the project himself when he visited the region in 2003 and work began in 2012-13. More than one lakh plants have been planted as part of this project. This will add to the natural beauty around the Statue of Unity. The government plans to spend around Rs 12 crore on the valley of flowers.

The premises of the statue will have a 4,647 square metre museum dedicated to Sardar Patel. The memorial will host several exhibits collected from National Archives, Nehru Memorial, Middle Temple (London), Bharatiya Vidya Bhavan (Mumbai), Sabarmati Ashram (Ahmedabad) and other places associated with the life of Sardar Patel. The museum will also screen 16 films of them narrating the unification of states after India got Independence.

An ‘Ek Bharat Shresht Bharat’ complex has also come up near the statue. Uttar Pradesh Chief Minister Yogi Adityanath has sought land to construct Uttar Pradesh Bhawan in this complex. In addition to this administrative complex, a three-star hotel and conference centre will be part of the Statue of Unity tourist hub.

The government had also planned road and rail connectivity to the tourist hub that is being planned around the Statue of Unity. Four-lane road construction from the nearest major city, i.e. Vadodara had commenced in April 2017. Broad gauge rail connectivity from Vadodara to Statue of Unity had received approval of Railway Ministry in February 2016. The project will cost Rs 2,000 crore. The Statue of Unity can be accessed during eight months of the year via land. The water levels are low during the drier seasons. A rock bridge has been constructed to ensure access when the water level is low. A Bailey bridge has been built for access to the statue during the rainy season.

Add to this setting the Sardar Sarovar Dam, 3 km away from the statue. The structure, an engineering marvel in its own right, has been attracting thousands of tourists annually. The dam attracted over 54,000 people in a short span of a few weeks when it overflowed in August 2016.

Good connectivity and infrastructure will boost tourism in Gujarat’s tribal belt. The economic benefits that will accrue from tourist inflow in the coming years would eventually outstrip the tax money spent on the project. By some accounts, the statue and other attractions will created 2,000 direct jobs and about 5,000 indirect ones. The number will only grow as the spot becomes popular among tourists.

Therefore, the Prime Minister will not just unveil a standalone statue of India’s Iron man, but a tourism ecosystem that could well serve as a model.