Congress Thrived On Politics Of Hatred For 60 Years, Has No Right To Give Sermons: BJP 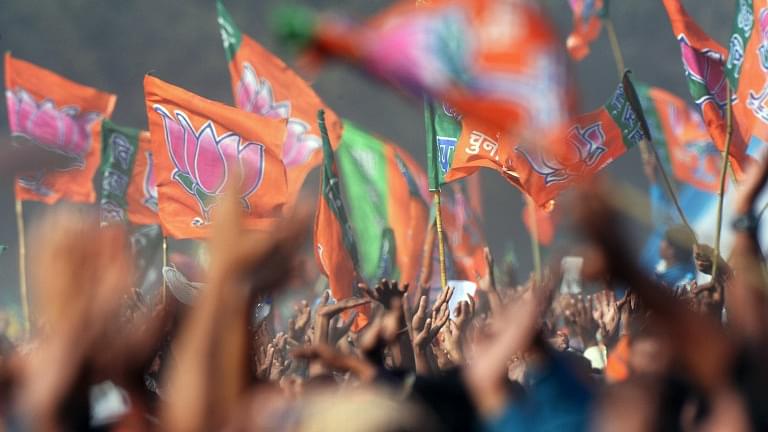 Hitting back at Congress vice-president Rahul Gandhi for accusing the Bharatiya Janata Party (BJP) and Rashtriya Swayamsevak Sangh (RSS) of indulging in the politics of hatred, the saffron party on Thursday said that it was under the 60-year regime of the UPA Government that hatred reared its ugly head.

Attacking Congress, BJP leader Shahnawaz Hussain told ANI that Congress has always thrived on grounds of hatred. “In 60 years they have only spread hatred and today, that same Congress is talking about peace and love. BJP has only one agenda that is ‘sabka saath, sabka vikaas’. And we will take the country forward with this agenda,” he said.

Toeing similar sentiments, another BJP leader Sambit Patra mocked Gandhi saying he should not to be taken very seriously. Trashing the prospects of the SP-Cong alliance, he said BJP stands for development and that the party is moving ahead with this agenda and only this agenda will be connective and take UP forward.

Earlier, Rahul had accused the BJP and RSS of spreading "hatred" among people and claimed that the SP and his party activists were for harmony in the society.

Addressing a rally in Bijnor's Afzalgarh area, he also said that since the Congress has formed an alliance with the Samajwadi Party in Uttar Pradesh, Prime Minister Narendra Modi has lost his sleep. The Congress Vice President also alleged that the BJP-led NDA dispensation at the Centre had failed to generate employment opportunities as promised, and "the lion of 'Make In India' has failed to provide jobs to unemployed youths".

Later, addressing a rally in Bareilly, he claimed that the "wrong policies" of the Centre and demonetisation of high value currency notes were responsible for the poor state of small and traditional enterprises, including the local 'manjha and surma' industry.