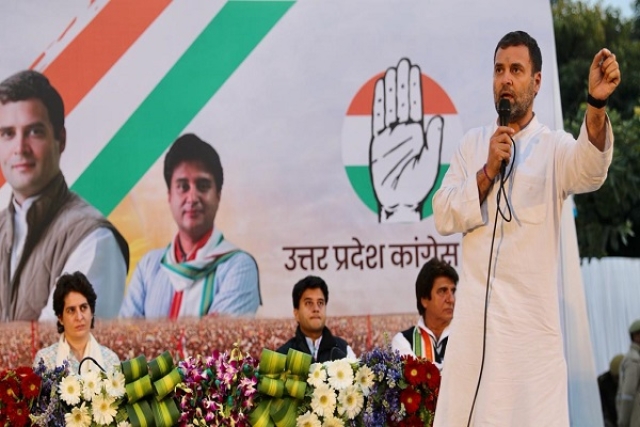 Congress’ Uttar Pradesh unit chief Raj Babbar on Monday (3 June) gave a clean chit to the party’s general secretary Priyanka Gandhi Vadra for the humiliating defeat in the state and instead blamed the party and its workers for the poor showing, reports News18.

In the recently concluded Lok Sabha elections, Congress could only manage to win one of the 80 seats in the Uttar Pradesh, which sends largest number of members to the Lok Sabha.

On the question of why Priyanka Gandhi Vadra, who was made in-charge of the eastern UP ahead of the polls, did not have the desired impact for the party in the state, Babbar said party workers and local leaders failed to rise to the occasion.

"She did her job. But party workers, local leaders, candidates and the organisation could not accumulate the (electoral) benefits from it. Rahul ji worked so hard and Priyanka ji worked with such a high degree of enthusiasm," Babbar said, as reported by News18.

"We (party workers, local leaders and candidates) were unable to prove ourselves and rise to the occasion," Babbar added.

The UP Congress chief himself lost the election from Fatehpur Sikri Lok Sabha seat despite opting for it, after being initially named as party candidate from Moradabad.