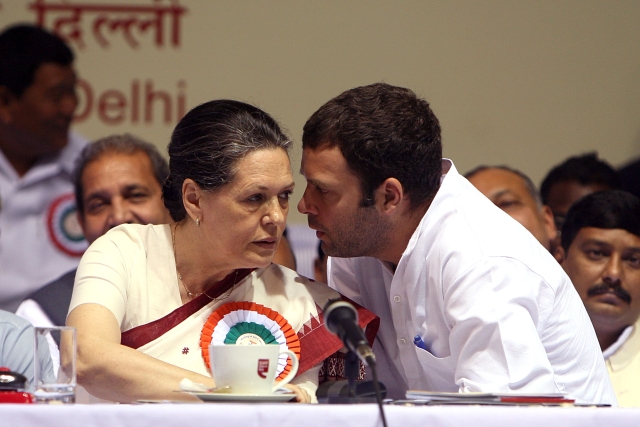 The Congress Working Committee (CWC) would hold its meeting on Monday (24 August) amid talks of a leadership change in the party at the top, regarding which many Congress leaders have written to Sonia Gandhi even though the party has denied existence of any letter in this regard.

However, the party said that the meeting of the highest decision-making body of the Congress will discuss the current political issues. However, the issue of leadership still remains an important topic within the CWC.

"A CWC meeting will be held on 24 August at 11:00am via videoconference," tweeted Congress General Secretary (Organisation) K C Venugopal on Saturday.

The meeting comes weeks after the Congress saw a stormy meeting of its Rajya Sabha MPs wherein certain leaders sought introspection on the 2019 poll debacle. Thereafter, a bunch of leaders wrote a letter to Congress interim chief Sonia Gandhi on issue of leadership change and elections in the CWC.

Sacked Congress spokesperson Sanjay Jha said that 100 party leaders have written the letter to Sonia Gandhi for making "sweeping changes" in the party. This has however been denied by the Congress and its chief spokesman Randeep Singh Surjewala.

Sources said that the letter, about which IANS had reported on July 29, says, "There should be full-time party leadership which should be effective and active in the field. It should work for the revival of the Congress, elections in the CWC and urgent establishment of a suitable mechanism."

The letter has been signed by a number of senior leaders, including former Chief Ministers, from the party.

The party leaders are said to be unhappy with "directionless and adrift" Congress affairs.