Connectivity Boost For Meerut, Panipat And Alwar: Cities To Be Linked With Delhi Airport Via High-Speed Rail 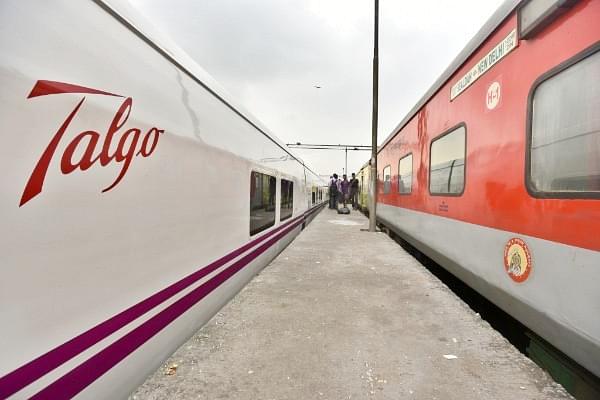 A high-speed rail-based commuter service is being developed to connect the Aerocity at Indira Gandhi International (IGI) airport with the regional nodes of National Capital Region (NCR). All three corridors will be interconnected through this project. Of the three corridors, work on the Delhi-Ghaziabad-Meerut (DGM) stretch will start by this year itself, The Asian Age has reported.

Commuters from Meerut, Panipat and Alwar will immensely benefit from this as their travel time to the airport will reduce to less than 90 minutes.

The service will be based on the lines of Crossrail of London and Réseau Express Régional (RER) of Paris.

National Capital Region Transport Corporation (NCRTC), a joint sector company of The Government of India, Rajasthan, Uttar Pradesh, Haryana and Delhi governments, is the executing agency for the Delhi-Panipat and Delhi-Alwar corridors. The interoperable hub of these links will be at Sarai Kale Khan.

An interoperable hub provides passengers a facility to commute from one state to another without changing any train and is hassle-free.

“Progress on DGM plan is fast. The UP government has already approved the corridor,” an NCRTC spokesperson said.

The Regional Rapid Transit System will start from Sarai Kale Khan integrated terminus station in Delhi and will end at Meerut in Uttar Pradesh. It will cross Yamuna and Hindon rivers, railway tracks, eastern peripheral expressway and will pass through industrialised areas of Haryana and Rajasthan, benefiting the entire region between Alwar and Gurgaon.

A Detailed Project Report (DPR) of the corridor is in the final stage. The construction of the corridor will be done in three phases. The first phase will be 126 km long from Sarai Kale Khan to Shahjahan-Neemrana-Behror (SNB). As much as 81.26 km of this 126 km long stretch falls under areas of Haryana . A sum of Rs 25,000 crore is estimated to be the cost of this phase.