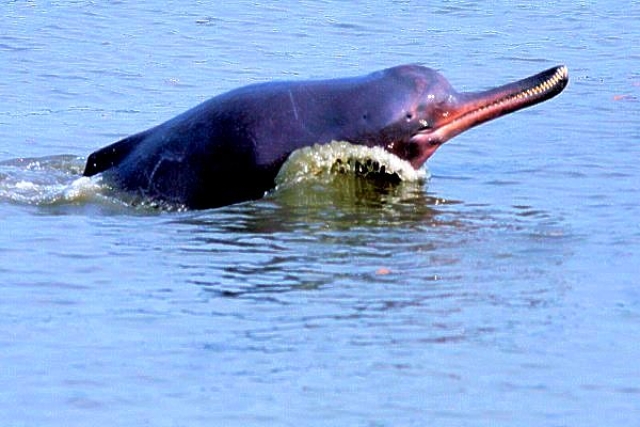 Around eight years after it was approved, the foundation stone of India’s first dolphin research centre will be laid in Patna, Bihar in October, reports India Today.

"It was announced by Deputy Chief Minister Sushil Kumar Modi in state Assembly that Chief Minister Nitish Kumar would lay the foundation stone of the National Dolphin Research Centre (NDRC) on 5 October on the bank of river Ganga in the premises of Patna University," said DK Shukla, the senior officer from Bihar’s department of environment, forest and climate change.

According to Shukla, the development was a good news for the conservation of the endangered Gangetic river dolphins in the country. The endangered dolphins frequently fall prey to poachers and are sometimes killed without intention after being trapped in fishs net and hit by machines.

The NDRC will play an important role to strengthen conservation efforts and help in research to save the endangered mammal.

The current vice chancellor of the Nalanda Open University, RK Sinha, who is also known as ‘Dolphin Man’ for his research on Gangetic dolphins, had first mooted the idea of setting up the NDRC in Patna. A proposal in this regard was reportedly approved by the then Planning Commission chairman Montek Singh Ahluwalia during his visit to Patna in Mid 2011 and early 2012.

In 2013, the planning commission sanctioned Rs 28.06 crore for the NDRC. Later, in 2014, the state government also released Rs 18.16 crore to the Infrastructure Development Authority. However, till July 2018, the NDRC remained a non-starter due to Patna University refusing to part with its land for the project.

It was after state CM Nitish Kumar threatened to move the project to Bhagalpur that the varsity finally gave its clearance.