Constitution Is Subservient To The Quran? West Bengal’s Mass Education Minister Thinks So 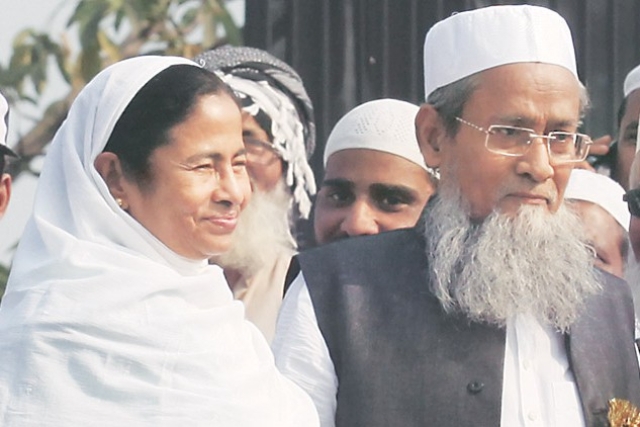 Mamta Banerjee government’s minister of state for mass education, Siddiqullah Chowdhury said that the Quran would prevail over the constitution, a day after the Triple Talaq Ordinance was passed by the government, Indian Express has reported. Many Muslim organisations are planning to protest against the ordinance. Siddiqullah Chowdhury is also the president of Jamiat-e-Islami Hind.

“For us, our holy scripture, the Quran Sharif, is supreme and if any constitutional provision or any law contradicts the Quran, then our scripture will prevail and not the law or Constitution… BJP is playing the religion card and is playing with Constitution. The ordinance will have no effect on Muslims. No one will adhere to it, but will follow the religion and the holy book,” Chowdhury said.

The minister has also called the Supreme Court verdict outlawing triple talaq as unconstitutional. Further, he added that whatever tricks Bharatiya Janata Party (BJP) may play, they will not be able to influence Hindus or Muslims. He predicted that both communities would throw out BJP of power.