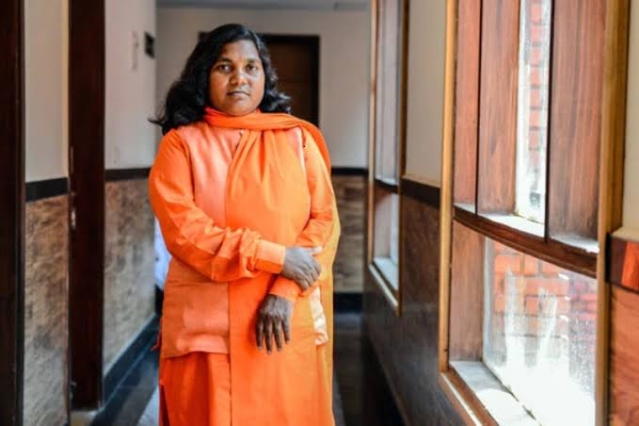 Savitribai Phule, the Bharatiya Janata Party (BJP) Member of Parliament from Bahraich, has resigned from the party and claims that the BJP is causing divisions in the community.

Phule was born into a Buddhist family and is influenced by Babasaheb Ambedkar and Gautama Buddha. She wears orange saffron cloth as a symbol of Buddhism.

The resignation of MP from Baharaich comes two days after she took on the Uttar Pradesh Chief Minister Yogi Adityanath over his misinterpreted comment on Hanuman being a Dalit. Phule took a jibe UP CM by saying that if Hanuman was a Dalit, then Dalits should be allowed to be the priests of all the Hanuman temples throughout India.

However, the comment of CM Yogi Adityanath was misunderstood as he actually said that Lord Hanuman was loved by all, be it a Dalit or the deprived.

Savitribai was elected from Balha in Bahraich district, as a candidate of the BJP, to the state assembly in 2012. Causing many controversies in the past, Phule had once said that if God had power, The Ram Temple would have been built by now. She was also criticised for calling Lord Ram a ‘Manuvadi’ and citing Mohammad Ali Jinnah as a ‘mahapurush’.