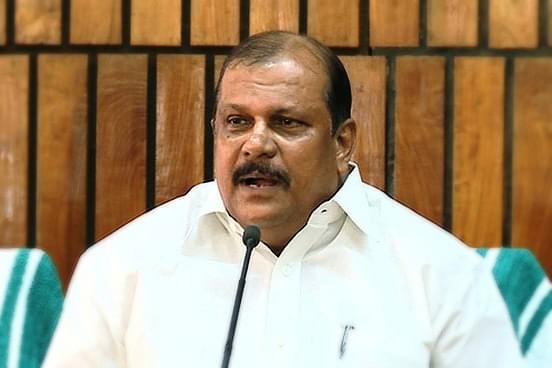 Even as the Communist Party of India (Marxist)-led government in Kerala and the state police face flak over the delay in arresting Roman Catholic Bishop accused of raping a nun, Member of Legislative Assembly (MLA) from Poonjar P C George has raised questions on the victim’s character.

In full media glare on Saturday (8 September), the MLA called the nun a prostitute and said that no one was in doubt about her character. In what amounts to character assassination, the independent MLA said that the nun had enjoyed the act for 12 times but called it rape the 13th time.

Addressing a press conference in Kottayam, George questioned why the nun had not filed a complaint when she was raped for the first time.

He said, "No one has doubt that the nun is a prostitute. 12 times she enjoyed it and the 13th time it is rape? Why didn't she complain the first time?".

This is not the first time the controversial Christian leader has indulged in the vilification of a victim of sexual violence.

He faced a massive backlash in August 2017 for revealing the identity of a Malayalam actress who was kidnapped and sexually abused the year before. The state woman commission’s chief M C Josephine, who recently stirred a controversy by defending rape accused party MLA P K Sasi, had then claimed that she had received death threats allegedly from George’s supporters.

In July, George was widely criticised when he and his cronies broke the vehicle barrier a toll plaza in Thrissur in a brazen act of hooliganism. The closed-circuit television footage of the incident showed the MLA coming out of his Audi car near the toll gate and, in a fit of rage, breaking the automatic toll barrier.