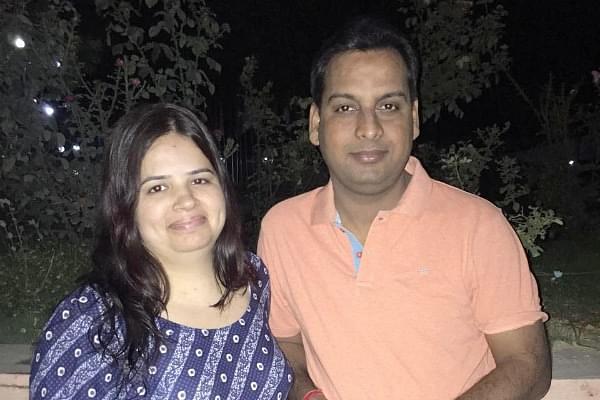 The 38-year-old Apple executive Vivek Tiwari, who was shot at and killed by two constables of UP police, was cremated on Sunday (30 September). The Yogi Adityanath led UP government gave a written assurance to provide a compensation of Rs 25 lakh to the family of the victim and also provide a government job to the wife of the deceased, The Tribune has reported.

Tiwari was shot dead by the two constables after his car was intercepted by cops during a late night patrol. According to his colleague, Tiwari was dropping a lady colleague after a late night office party. The accused constables allege that they opened fire in self-defence as Tiwari attempted to mow them down under his car.

Yogi’s second-in-command and Deputy CM Keshav Prasad Maurya visited the grieving family on Sunday (30 September) and assured that a thorough investigation will be conducted and those found guilty will be severely punished.

The State DGP also tendered an apology to the family.

Two constables Prashant Chaudhary and Sandeep Kumar have been terminated and remanded in judicial custody till 11 October.

The Tribune quoted that the victim’s brother-in-law as saying that the family consented to cremate the body after the Lucknow District Magistrate assured that a job would be given to his sister in the municipal corporation. He also assured that a compensation of Rs 25 lakh would be provided to the family within a month and a CBI probe ordered into the case if the family so desired.

Tiwari’s widow Kalpana Tiwari has also demanded action against constable Prashant Chaudhary’s constable wife who, along with her husband, went to the Gomti Nagar police station last evening to lodge an FIR against her deceased husband.