Country Would Be On Fire If All Farmers Understood Details Of Farm Laws: Rahul Gandhi 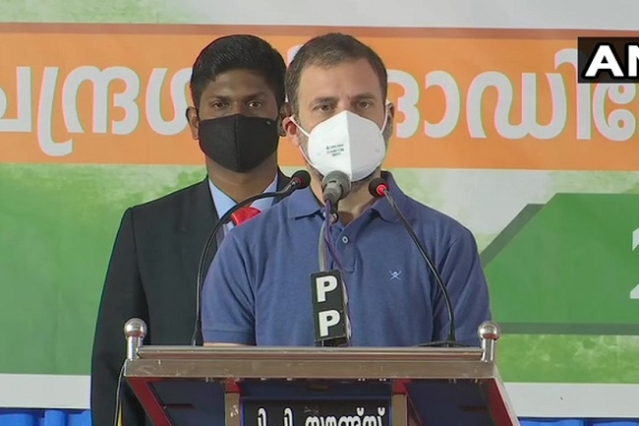 Addressing an event on Thursday (28 January) at Kalpetta in his parliamentary constituency Wayanad in Kerala, Congress leader Rahul Gandhi said the country would have been on fire if all farmers understood the three farm laws enacted by Modi government, reports The Hindu.

“The truth is that most farmers do not understand the details of the Bill (the three Farm Laws), because if they did, there would be an agitation all across the country. The country would be on fire,” Rahul Gandhi said while appealing to the central government to roll back the three farm laws.

Rahul Gandhi alleged that the country was being run by the Prime Minister for a few big businessmen who are looting the farmers with the support of the government.

Further he questioned why the central government agencies like Enforcement Directorate (ED) or Central Bureau of Investigation (CBI) are not targeting the Left Democratic Front (LDF) government in Kerala.

“In every Opposition party-ruled States, the CBI and the Enforcement Directorate (ED) are used aggressively by the BJP. There is no such thing in Kerala. There is no such pressure on the LDF government here. The CBI and ED are very relaxed on the cases here,” Rahul Gandhi said.