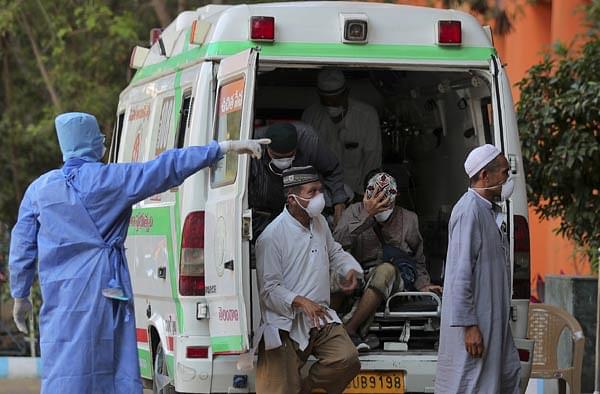 The total number of COVID-19 cases in Telangana surged to 13 with the state government announcing seven more positive cases on Wednesday (Mar 18) evening.

The Directorate of Public Health announced that 7 new cases of novel coronavirus infection — all of them Islamic ‘preachers’ from Indonesia.

The seven new cases comes a day after a fellow member, who was part of a group of 10 Islamic ‘preachers’ travelling across Karimnagar for at least three days, was tested positive on Tuesday. The group was accompanied by three Indians and they are also under quarantine at Gandhi Hospital in Hyderabad.

The group of Indonesians is said to have arrived in New Delhi on February 22, and 10 of them along with three Indians arrived in Karimnagar on March 14. The group was found to have traveled in coach number S9 of Andhra Pradesh Sampark Kranti (train no 12708) and got off at Ramagundam.

The group stayed in two masjids at Mukarampura and Housing Board Colony areas. In the course of their religious campaign, they also went about meeting people in some localities in the town.

Special branch police, who found the foreign nationals in the town, brought them to the district headquarters hospital, where one person showed symptoms such as cough, cold and fever.

Health Minister Etala Rajender said it will be a logistical nightmare to detect persons who came in close contact with the Indonesian national. The state government has already informed the Union Ministry of Health about this case so that contact tracing can be taken up in other states.