Covid-19: Tablighis Who Misbehaved With Doctors, Now Beg Them To Save Their Lives After Health Worsens 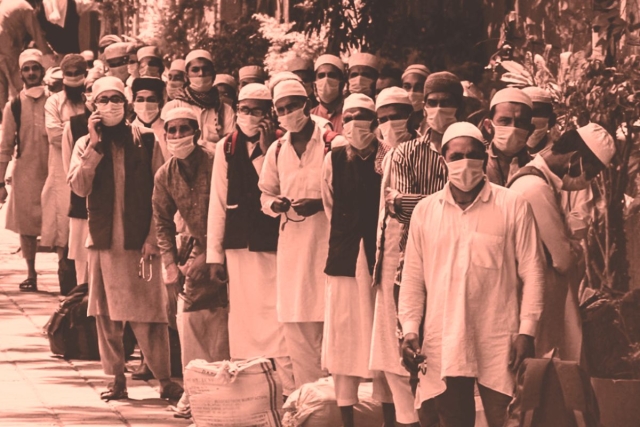 Three Covid -19 positive returnees from the Tablighi Jamaat congregation held in Delhi's Nizamuddin area last month, who are admitted at the Coronavirus ward of a Kanpur hospital, are now begging doctors to save their lives, as per a report by Dainik Bhaskar.

A Navbharat Times report adds that the Tablighi members were not cooperating with the doctors and the medical staff, which included refusing to take medicines on time. They had even allegedly spat on and abused doctors.

But when their health began deteriorating, they began begging the doctors to save their life. The three patients even broke down in tears.

The paramedical staff later calmed them down, encouraged them to follow protocol, instructions from the doctors and asked them to take their medicines on time in order to recover at the earliest.

The Jamaatis then also agreed to fill their own fever charts.

A list of 125 people in Kanpur who are believed to have come in contact with the Tablighi Jamaat returnees and were hiding, has been handed over to the police stations.

ATS along with the police is now tracking them down. Forty have been traced so far and have been home quarantined. They will be isolated if they show symptoms of Covid-19.