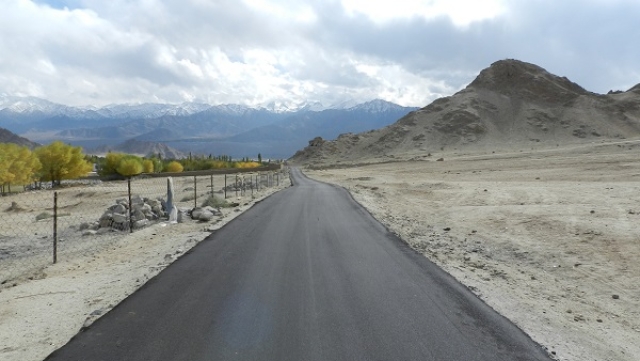 In another step towards stronger connectivity in the Leh region, India under the present NDA government has completed the geographically treacherous yet strategic all-weather road in north-eastern Ladakh, reports Tribune.

The 255-km Darbuk-Shayok-Daulat Beg Oldie (DS-DBO) section that lies on the road connecting Leh and Karakoram Pass has finally been built. The section spans across 37 bridges built over various snow-fed rivers in the region.

Heralding the usability of the new section, on 20 April, the first-ever motorcycle expedition completed its run from Leh to Karakoram Pass and back. (around 1,000 km).

It should be noted that the Indian and Chinese armies had faceoffs in 2013 and 2014 in the area over LAC measurements.

A previous UPA government-led effort to build the DS-DBO section between 2000 and 2012 had failed, costing the national exchequer Rs 320 crore. Due to inefficient planning, the road was washed away by the Shyok river as its alignment was too close to the river.