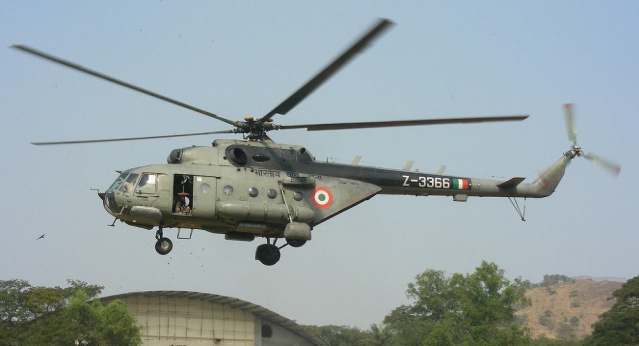 To reduce troop casualties, the Central Reserve Police Force (CRPF) are going to retrofit over a dozen helicopters with air ambulance-like facilities for their anti-Naxal operations, reports Economic Times.

On Monday (2 March) the CRPF started a specialised training module for their force's doctors and paramedical staff for helicopter-based air ambulance services in Jagdalpur in Chhattisgarh.

The in-service choppers that will evacuate the wounded security personnel will have basic medicines and doctors on-board when on a 'mission sortie' to administer quick specialised medical care to help stabilise.

Often, excessive blood loss is the reason for the loss of life and ensuring proper first aid during the golden hour can make the difference between life and death and lifting injured personnel by a helicopter that has doctors and paramedical staff and getting them admitted to a hospital will save lives.

Helicopters have been used to transport wounded soldiers from active war zones for decades because a fixed-wing air ambulance (aircraft) would need a tarmac or landing strip but helicopters can land on almost any terrain with a makeshift helipad.