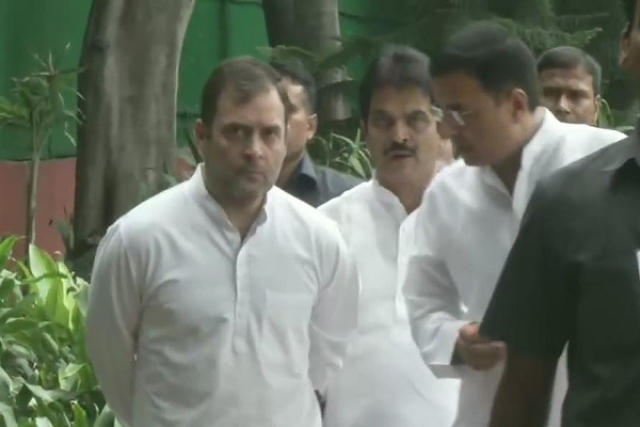 After Rahul Gandhi again refused to reconsider his decision as presidnet of the Congress party at today’s (10 August) meeting of the Congress Working Committee (CWC), it was decided by the party’s top leadership that the body will again meet later in the evening to finalise its decision today itself, reports The Indian Express.

"Rahul's resignation as Congress chief still under consideration, CWC to take a decision in the evening," Surjewala said.

Even as the meeting was ongoing, Sonia and Rahul Gandhi left, with the former asserting the two of them would not take part in the process of consultation to decide the next party chief.

Veteran Congress leader and MP Shashi Tharoor has pushed for open democratic elections to be held for the position of party president. In the meantime, he has called for an interim president to be appointed.

Rahul Gandhi had decided to step down from the helm of the party after its debacle in the Lok Sabha polls conducted earlier this year.