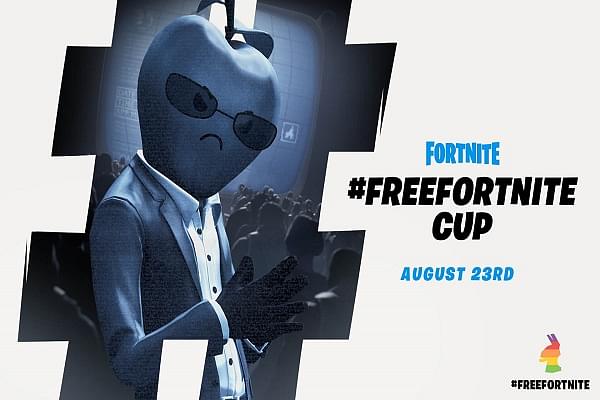 "All of your friends. Fabulous prizes. And one bad apple. We're dropping the #FreeFortnite Cup on August 23," the company said in a tweet.

Players who compete in the tournament will win an in-game skin of the evil-looking apple featured in Epic's "Nineteen Eighty-Fortnite" video, a "Free Fortnite" hat, and even non-iOS gaming hardware, including an Alienware laptop, a Galaxy Tab S7, a OnePlus 8 phone, a PlayStation 4 Pro, an Xbox One X or a Nintendo Switch.

"If you are left behind on iOS after the Chapter 2 - Season 4 launch, the party continues on PlayStation 4, Xbox One, Nintendo Switch, PC, Mac, GeForce Now, and through both the Epic Games App at epicgames.com and the Samsung Galaxy Store. Join the fight against @AppStore on social with #FreeFortnite," the company said.

Epic Games has filed a lawsuit against Apple, alleging that the tech giant is threatening to terminate its developer account by 28 August which would cut the company off from iOS and macOS development tools.

Launched in 2017, Fortnite features a battle royale format where 100 players compete to survive as the last player standing on a remote island.

The popular game has amassed a huge following of 350 million players, and is available on multiple platforms.