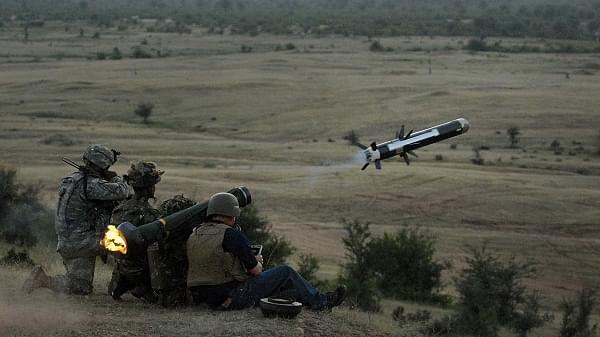 India successfully test-fired the indigenously developed Man Portable Anti-Tank Guided Missile (MPATGM) on Thursday (14 March 2019) in the ranges of Rajasthan desert. This was the second such successful test for the low-weight, fire-and-forget missile in as many days.

“In both the missions, the missiles hit the designated targets precisely at different ranges. All the mission objectives have been met,” said a government release. MPATGM is equipped with advanced features like state-of-the-art Imaging Infrared Radar (IIR) Seeker with integrated avionics.

The missile was developed by state-run Defence Research and Development Organisation, India’s apex agency for military research and development.

MPATGM are usually shoulder-launched anti-tank rockets. They are typically unguided weapons and are a threat to armoured vehicles, low-flying aircraft (especially helicopters), and field fortifications.

This test of the MPATGM comes only days after DRDO successfully test-fired the guided PINAKA multi-barrel rocket launch system from the Pokhran ranges, meeting all its mission objectives.

The indigenously developed Guided Pinaka by DRDO is expected to significantly boost the capability of the artillery to make precision hits.

Guided Pinaka is an upgraded version of the original Pinaka system developed in the 90s. It was jointly developed by ARDE Pune, RCI Hyderabad and DRDL Hyderabad. ITR Chandipur provided the range and launch support.