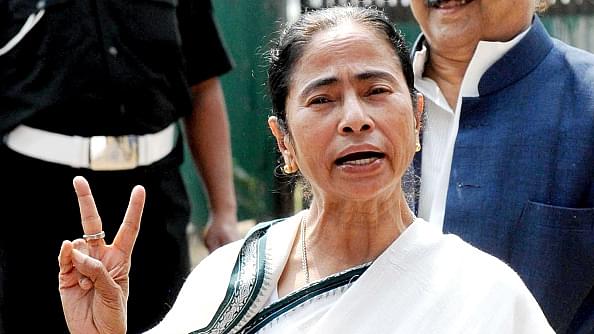 West Bengal Chief Minister Mamata Banerjee on Saturday lambasted Prime Minister Narendra Modi for "threatening people" from abroad and said his government should step down on moral grounds after its "draconian" decision to demonetise Rs 1,000 and Rs 500 rupee notes brought the country "on its knees".

"This government has no moral right to continue. They should go. This is an anti-people, anti-poor government. Total dictatorship is going on," Banerjee told reporters here after visiting some banks in south Kolkata and talking to crowds of waiting customers and bank staff.

Surprisingly, Mamta’s statement comes just days after accepted of having drawn Rs. 50,000 from her personal account to meet her expenses. Turns out that she has been affected too. Speaking to reporters on Wednesday, Mamata had said:

Banks generally provide few notes of smaller denominations like Rs 50 and Rs 10 during cash withdrawals. I myself withdrew Rs 50,000 yesterday (on Tuesday) to run my expenses and all I was given were Rs 500 notes.

It can be safely assumed that Mamata had accessed her personal bank account and the “expenses” she spoke about were her personal expenses. Now, the amount of Rs 50,000 being withdrawn for meeting personal and household expenses is perfectly normal for any middle-class person in these times.

But then, it isn’t. Because, as this comparative study done by IIM Ahmedabad faculty member Biju Varkkey in January 2014 reveals, Mamata’s salary is only Rs 8,000 per month. The salary of the Bengal chief minister has not increased since 2014 when this study was carried out. She is the lowest-paid chief minister in the country. An angry Mamata, in her bid to highlight the plight of the common man, may have made this confession in the heat of the moment.

Anyway, that means Mamata withdrew more than six months’ salary on Tuesday to meet her expenses! The festive season for Bengalis is on, and Mamata must have spent some money on gifting clothes and goodies to her relatives before Durga Pujas, besides spending money on sweets and provisions for Durga Puja, Lakshmi Puja and Kali Puja like all other Benaglis. And she still had more than six months’ salary in her account? Quite improbable.

So, how did all that money get into Mamata’s bank account? Only she can tell, and she will have to when she goes (or sends one of her minions) to the bank to exchange those Rs 500 notes. But her admission is precisely the reason why this demonetisation was necessary.