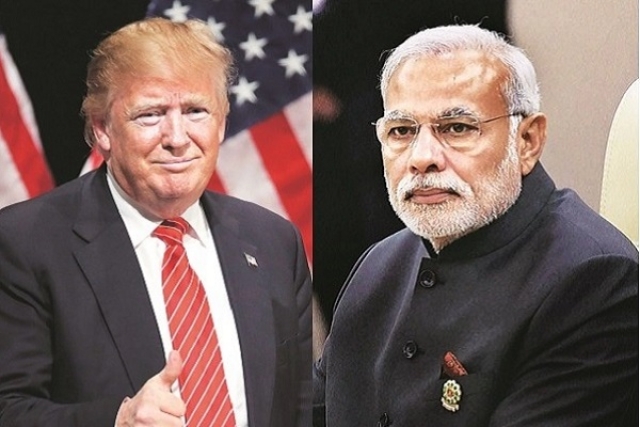 In a phone conversation with US President Donald Trump, Prime Minister Narendra Modi reiterated that New Delhi will continue to work with Washington for enhancing cooperation in all areas of mutual interest.

Though a Ministry of External Affairs Ministry statement said that the Monday (6 January) call was made to convey New Year greetings, it came following the US airstrike, which was ordered by Trump, that killed Iranian intelligence chief and Quds Force commander Qasem Soleimani and other military officials last week in Iraq.

Incidentally, Minister of External Affairs, S Jaishankar on Sunday held phone conversations with Foreign Ministers of Iran, the United Arab Emirates and Oman and also US Secretary of State Mike Pompeo, sharing India's concerns about the escalation of tensions between Tehran and Washington.

Jaishankar told all the key players that India had high stakes in the stability and peace of the Gulf.

On Monday, Prime Minister Modi, after wishing Trump "good health, prosperity and success", talked about "the significant progress made in deepening the strategic partnership between the two countries in the previous year", the Ministry statement said.

It said that the Prime Minister stated that "India-US relations, which are built on trust, mutual respect and understanding, have grown from strength to strength".

Modi also "highlighted the significant progress made in deepening the strategic partnership between the two countries in the previous year and expressed his desire to continue to work with President Trump for enhancing cooperation in all areas of mutual interest".

"President Trump wished the people of India prosperity and progress in the New Year. He expressed satisfaction at the achievements in the relationship in last few years and reiterated his readiness for further deepening bilateral cooperation," the statement added.