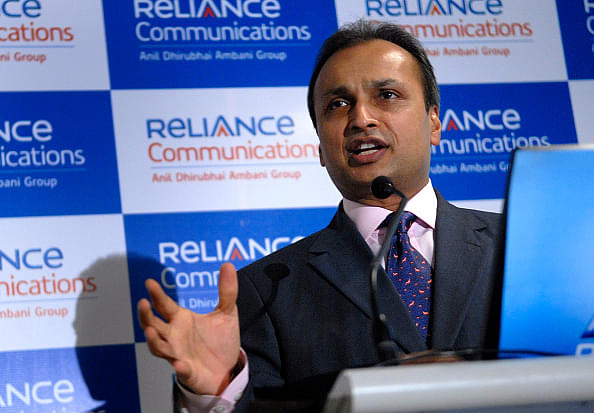 The board of Anil Ambani owned Reliance Communications(RCom) on Friday decided that the debt-laden company will file for insolvency through the National Company Law Tribunal (NCLT) .The company failed to monetise its assets to pay up debt to the tune of around Rs 45,000 crore.

"The Board of Directors of RCom today reviewed the progress of the company's debt resolution plans since the invocation of SDR on June 2, 2017. The Board noted that, despite the passage of over 18 months, lenders have received zero proceeds from the proposed asset monetization plans, and the overall debt resolution process is yet to make any headway," the telecom operator said in a statement.

In June 2017, the company announced that it is initiating a Strategic Debt Restructuring (SDR) but did not make any headway

In December 2017, the company said that it was exiting from its strategic debt restructuring process and is planning to reduce its debt by 87 per cent to about Rs 6,000 crore. To achieve this, RCom planned to sell its spectrum, towers, optical fibre and certain real estate assets to generate about Rs 25,000 crore.

Anil Ambani had also said that commercial development of the Dhirubhai Ambani Knowledge City (DAKC) campus will lead to reduction of RCom's debt by a further Rs 10,000 crore, said Ambani. The company had also claimed that a global private equity player had agreed to invest another Rs 4,000 crore in the company. On completion of these transactions, RCom said that the debt will decrease to Rs 6,000 crore, from Rs 45,000 crore.

The company has now said that it will approach the bankruptcy court citing lack of “complete approvals and consensus”, despite the more than 45 meetings, pendency of numerous legal issues at high courts, Telecom Disputes Settlement and Appellate Tribunal (TDSAT) and Supreme Court as reasons.

Last December, the Department of Telecommunications (DoT) told Reliance Jio Infocomm and Reliance Communications (RCom) that it will not approve their deal to trade airwaves as it does not conform with the department’s guidelines. Jio has a written a letter to the DoT seeking assurance from the government that it will not be held liable for RCom’s past dues related to airwaves but DoT rejected it on the grounds that government’s spectrum trading norms stipulate that the buyer will be accountable for the past dues which are not recovered from the seller.