Deepika Padukone Was Admin Of The WhatsApp Group Where She Allegedly Asked For Drugs, Claims Report 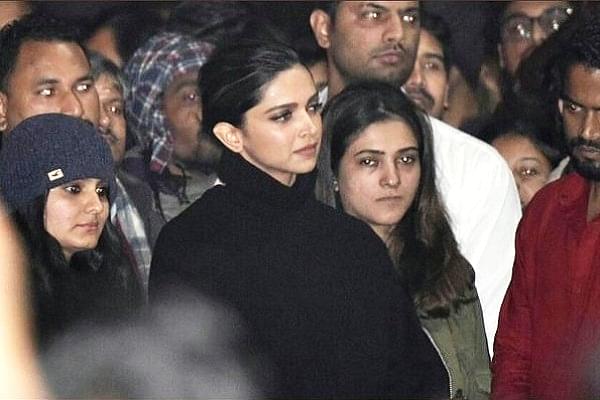 According to a latest disclosure reported, actor Deepika Padukone was the admin of the WhatsApp group, chats of which were recently revealed in the media, Times Now has reported on Saturday (26 September).

In the revealed chats, Deepika was found talking to her manager Karishma asking her for banned substance 'Hash'.

As per the sources cited in the report, talent manager Jaya Shah told the Narcotics Control Bureau (NCB) that Padukone administered the WhatsApp group in question.

Shah is also said to have confirmed the authenticity of the chats that went viral saying that Padukone did ask her manager Karishma for drugs.

Padukone, who was issued a summon on Wednesday, deposed before the Narcotics Control Bureau (NCB) on Saturday in the drugs-related case after her alleged chats came to the fore.

She arrived at the NCB office before 10:00am.

The NCB is probing the drug racket and network in the film industry that emerged during the investigations into the death of Bollywood actor Sushant Singh Rajput.

The agency registered a drugs case under the NDPS Act after the Enforcement Directorate was probing the money laundering charges in the death case.

Besides Deepika, the NCB has also summoned Shraddha Kapoor and Sara Ali Khan for questioning later in the day.

The NCB has also summoned Karishma for questioning on Saturday. She was questioned for several hours by the NCB on Friday.

The NCB has shared the alleged chats of Sushant’s girlfriend Rhea Chakraborty, her brother Showik and others.

Rhea, Showik, Samuel Miranda and several others have been arrested in the case so far.