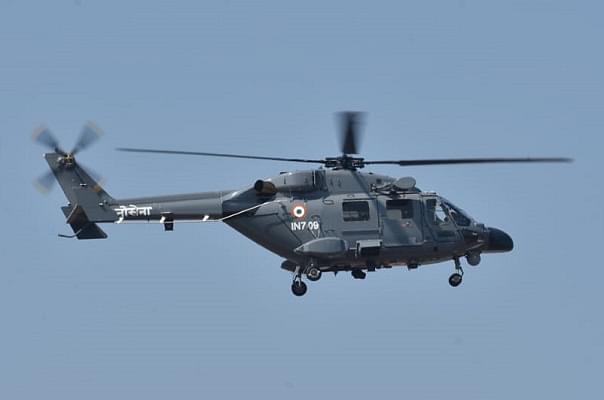 In a shot in the arm for defence capabilities in the country, the Rajnath Singh-led Defence Ministry approved proposals including for Advanced Light Helicopters, guided munition and rocket ammunition valued at Rs 13,165 crore on Wednesday.

"The Defence Acquisition Council (DAC) in its meeting held under the chairmanship of Defence Minister Rajnath Singh accorded Acceptance of Necessity (AoN) for Capital Acquisitions proposals for modernization and operational needs of the Indian Armed Forces amounting to approximately Rs 13,165 cr," read the official ministry statement.

Furthermore, of the total amount approved, procurement worth Rs 11,486 crore (87 percent) will be from domestic sources.

Looking into the need of the Indian Army for an Advanced Light Helicopter (ALH) Squadron to improve its integral lift capability to ensure its operational preparedness, the DAC accorded approval of procurement of 25 LH Mark III helicopters from HAL under Buy Indian-IDDMA at an approximate cost of Rs 3,850 crore in keeping with the continued thrust towards 'Atmanirbhar Bharat' (Self Reliant India) and 'Make in India'.

Giving a boost to Indigenous Design and Development of ammunition, the DAC accorded approval for procurement of Terminally Guided Munition (TGM) and HEPF/RHE Rocket Ammunition under Buy (Indian-IDDM) category at an approximate cost of Rs 4,962 crore from domestic sources.

Other proposals worth Rs 4,353 crore were also accorded AoN by the DAC.

In addition, the DAC also approved a few amendments to the DAP 2020 as a part of Business Process Re-engineering to ensure further ease of doing business for the industry as well as measures to enhance procurement efficiency and reduce timelines.