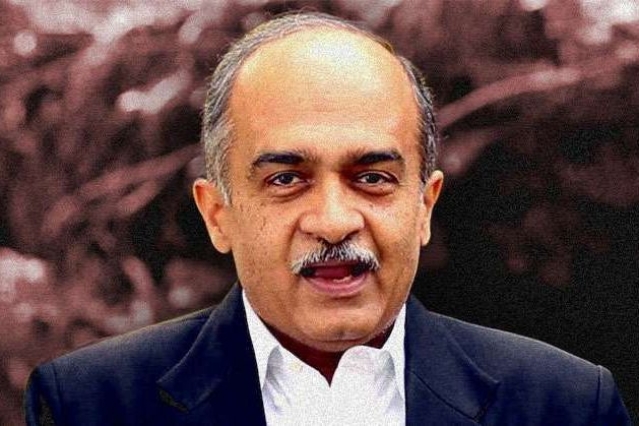 Prashant Bhushan has been asked by the Bar Council of Delhi (BCD) to appear before it on 23 October, reports Indian Express. This comes after he was convicted for contempt of court by a bench headed by Justice Arun Mishra.

The Supreme Court had levelled a Re 1 fine against him. Failing to pay that, he would have been debarred from practising law for three years. In addition to that, Bhushan would have had to serve a three-month long jail sentence too.

Now, the BCD has sought an explanation from the activist-lawyer as to why proceedings shouldn’t be initiated against him to revoke his enrolment as a lawyer. This development comes after the Bar Council of India (BCI) asked its wing in Delhi to opt for this decision after Bhushan was convicted.

The BCD’s notice to him is as follows: “You are required to appear in person or through authorised advocate on your behalf on 23 October at 4.00 PM in the office of the Council… for personal hearing.”

It further reads, “You may appear physically or through virtual conferencing as suited to you. You are also required to send your response to the Council within 15 days of the receipt of this letter as to why proceedings under section 24A (Disqualification for enrolment) and section 35 of the Advocates Act be not initiated against you in view of your tweets in question and conviction under Suo motu Contempt Petition by the Supreme Court of India.”

The former Aam Aadmi Party co-founder had previously stated that he will file a review petition against the verdict of the Supreme Court.