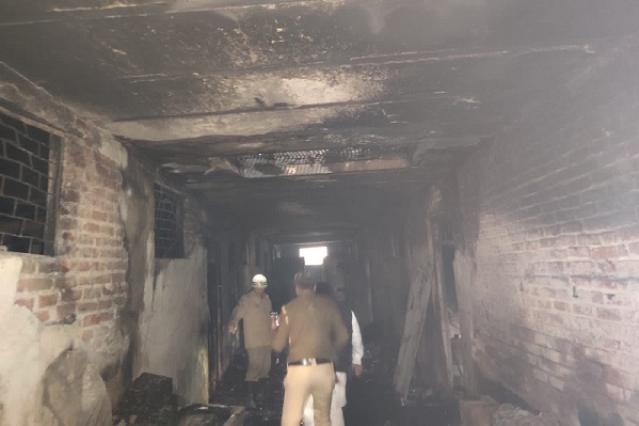 The Delhi Police have detained the owner of the factory situated in west Delhi's Rani Jhansi area where 43 people died following a major fire that broke out early Sunday (8 December), reports Reuters.in.

A case under section 304 of the Indian Penal Code (punishment for culpable homicide not amounting to murder) has been registered against Rehan - known by his first name - who was running the bag manufacturing unit from a 200-yard plot in the crowded market.

It is learnt that there was a pulse godown in 600-yard land which was later divided into three parts by the owner Mohammad Rahim among his sons - Rehan, Shan-e-Lahi and Imran.

The current plot where the factory is situated is in the name of Rehan, police said.

At least 43 people, most of them reportedly children in the age group of 14 to 20, were killed and over a dozen others injured in the fire that broke out in the bag manufacturing unit around 5 am due to short circuit.

The people who died in the fire are labourers from Bihar and other neighbouring states and they were sleeping in the factory when the fire broke. So far, more than 63 people have been rescued and shifted to the Lok Nayak Jai Prakash Narayan Hospital and Lady Harding Hospital.