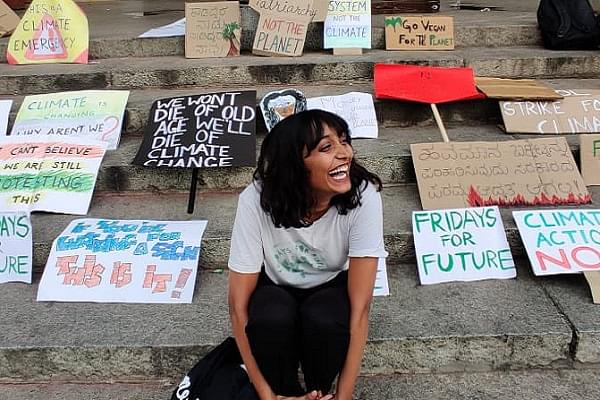 Creation of a WhatsApp group or being editor of an "innocuous Toolkit" is not an offence, a Delhi court said on Tuesday as it granted bail to 22-year-old climate activist Disha Ravi in the 'Toolkit' conspiracy case.

Ravi faces charges of conspiracy and sedition in the 'Toolkit' conspiracy case related to the farmers' agitation and was arrested from Bengaluru on 13 February.

The Delhi Police had contended that the Google document tweeted by Swedish climate activist Greta Thunberg to back the farmers' protest and then deleted, was created by Ravi and two other activists -- lawyer Nikita Jacob and activist Shantanu Muluk.

"In my considered opinion, creation of a WhatsApp group or being editor of an innocuous Toolkit is not an offence," said Additional Sessions Judge Dharmender Rana.

It would be worthwhile to observe that there is nothing on record to suggest that the applicant accused subscribed to any secessionist idea, he added.

"Except for a bare assertion, no evidence has been brought to my notice to support the contention that any violence took place at any of the Indian Embassies pursuant to the sinister designs of the accused and her coconspirators," the judge said, allowing bail considering the "scanty and sketchy evidence on record".

"I do not find any palpable reasons to breach the general rule of bail against a 22-year-old young lady, with absolutely blemish free criminal antecedents and having firm roots in the society, and send her to jail."

Ravi is already reported to have been interrogated in police custody for almost about five days and placing any further restraint upon her liberty on the basis of general and omnibus accusation would be neither logical nor legal, the Additional Sessions Judge said.

The court further noted that no specific article, sought to be recovered from the possession of the accused, has been brought to notice. The resistance to the bail plea seems to be more of ornamental in nature, the judge added.

The judge said that Ravi deserves to be released on bail subject to filing of a personal bond, and a surety bond in the sum of Rs 1 lakh with two sureties each in the like amount.

Conditions have also been levied on her which includes cooperation with the ongoing investigations, not leave the country without the permission of the court and not to cause any obstruction or delay to the probe's progress.