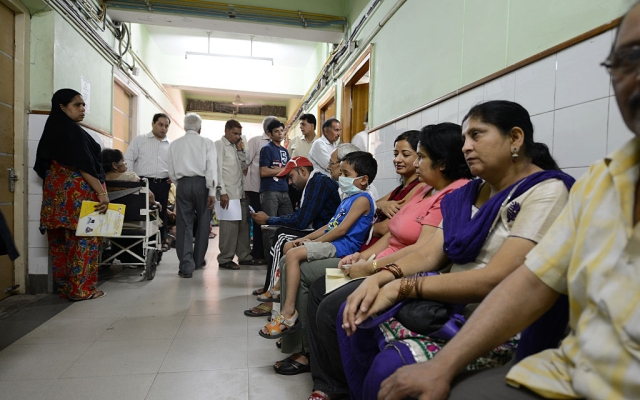 After public outcry over astronomical bills being charged by private hospitals, the Delhi government has moved to curb such malpractices in the national capital. The proposed regulation would restrict private hospitals and nursing homes from making undue profits by practices such as marking up the process of medical supplies or adding ‘hidden’ charges to operative procedures.

Delhi's reputed private hospitals were recently in the spotlight for high charges and dubious medical bills.

The draft regulation has been prepared on the basis of recommendations of a nine-member expert body constituted by the state government in December last year. The panel was chaired by Kriti Bhushan, Director-General of Health Services.

The draft has been now been put out in public domain for 30 days to invite recommendations from the public. After this stipulated time, the draft advisory would be implemented by amending the Delhi Nursing Homes Registration Act. In case of violation of these regulations, private hospitals would risk losing their license.

According to the draft, a hospital should ‘preferably’ prescribe drugs mentioned in the National List of Essential Medicines 2011 (NLEM), which is prescribed by the Ministry of Health for the entire country. If a prescribed drug is outside this list, it would require counselling the patient about its side effects, pricing and other essential information about the drug. In addition, hospitals would not be able to force patients to buy medicines from their in-house chemist.

Most importantly, the draft recommends a price cap. The prices of NLEM drugs are already fixed by the government and if the regulation is implemented, private hospitals and nursing homes will not be able to mark up the drugs not on the list, disposables and consumables by more than 50 per cent of the purchase price. This mark-up is limited to 35 per cent for implants.

In case of a patient dying within six hours of his admission to the hospital, the draft recommends a waiver of 50 per cent of the total bill, and a 20 per cent waiver in the incident of death within 24 hours. Also, hospitals will not be allowed to withhold the body of a deceased patient for want of payment of due bills.