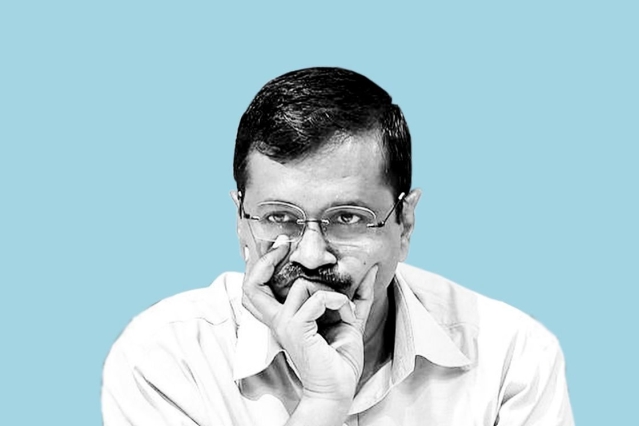 Owing to revenue loss due to the coronavirus lockdown, the Delhi government on Sunday (31 May) demanded an immediate aid of Rs 5,000 crore from the Centre.

Chief Minister Arvind Kejriwal urged the Union government to help the people of Delhi in this hour of crisis, as his government suffered major revenue loss due to the lockdown and is finding it difficult to even pay salaries to its employees.

Kejriwal, in a tweet, requested the Centre to help the people of Delhi in this hour of disaster.

Sisodia, also Delhi's Finance Minister, said other states have received financial help from Disaster relief funds and the national capital should get it too.

"We have reviewed Delhi Government's minimum expenses. According to that, we would need around Rs 3,500 crore every month to pay salaries to our employees and to meet other office expenses. The GST collections in the past two months have only been Rs 500 crore per month and after combining it with other sources, we have managed to collect Rs 1,735 crore. But we actually need at least Rs 7,000 crore for two months," said Sisodia.

"Other states have received financial assistance from the Disaster Relief fund, but the Delhi government has not received any such aid yet."

Sisodia said even during usual times, Delhi does not receive any sort of aid from the Centre.

"But now as Delhi government's revenue is severely affected due to the COVID 19 induced lockdown, it is about time we received some financial relief from the Centre to be able to pay salaries of our employees -- teachers, doctors, engineers, civil defence personnel, and people involved in coronavirus relief work," he said.

He highlighted how the lockdown induced by the COVID 19 pandemic has impacted the country's economy and also Delhi.

In his letter dated May 26, Sisodia said the Delhi government has been managing all its development and infrastructure expenditure within its means.

"For the financial year 2020-21, the Delhi Legislative Assembly has passed the budget of Rs 65,000 crore. Out of which, Rs 35,500 crore constitutes committed expenditure towards establishment, devolution to local bodies and interest and loan repayment liability to the government of India."

In the normal course, Delhi is not only confident of managing its budgetary requirement but also has a budgetary surplus, the Deputy Chief Minister said.

However, he added that due to the extraordinary situation prevailing in the country as well as the world due to COVID 19 pandemic, there is a valid need for immediate help from the Centre.

"The one time grant of Rs 5,000 crore will help Delhi tide over the immediate crisis. This will also facilitate the Delhi government in releasing the grants to the Municipal Corporation of Delhi which largely depends on the Delhi government to pay salary and to other establishments."

According to the Deputy Chief Minister of Delhi, the government has also upgraded its hospitals to tackle COVID 19.

"PPEs, ventilators, testing kits, N95 masks and sanitizers have been made available. Apart from providing cooked food, free ration and shelter to the needy, the Delhi government has also been working tirelessly to send migrant workers back to their homes through Special Shramik trains. Delhi government is also bearing the cost of their tickets and traveling expenses," he added.

This is the second time that the Delhi government has said it is finding it difficult to pay salaries to its staff.

On May 3, reporting a revenue loss of about Rs 3,200 crore in April compared to the previous year, Kejriwal said the lockdown is making it difficult for the government to pay salaries to its employees.

He demanded the economy should be allowed to open up so that more revenue could be generated.

The Delhi government imposed 'Special corona fee' on liquor and also hiked the Value Added Tax (VAT) on petrol and diesel to generate some revenue.