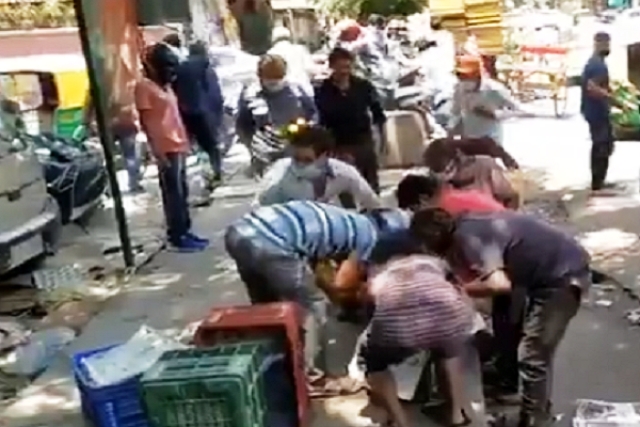 A fruit seller in Delhi’s Shahdara suffered tragic fate today (22 May) after a mob looted mangoes worth Rs 30,000 from his shop. The vendor was already reeling under stressed economic conditions due to the ongoing Covid-19 pandemic.

A video of this insensitive act was shared by a journalist on twitter.

As per reports, a fight broke out in the area after which a fruit seller named Chhote was asked by a few individuals to move his cart. While he was doing so his crates of mangoes kept nearby remained unattended.

Many unscrupulous people passing by as a result pounced upon the unattended crates and started to steal the mangoes. The video shows many people fleeing with six to seven mangoes in their hands.

Chhote claims that he had 15 crates of mangoes worth Rs 30,000 all of which were stolen.

“I had 15 crates of mangoes here worth about Rs 30,000. They took everything”, Chhote was quoted as saying.

Already reeling under the Covid-19 related economic slump Chhote says that this thievery has now broken his back. He has filed a police complaint.