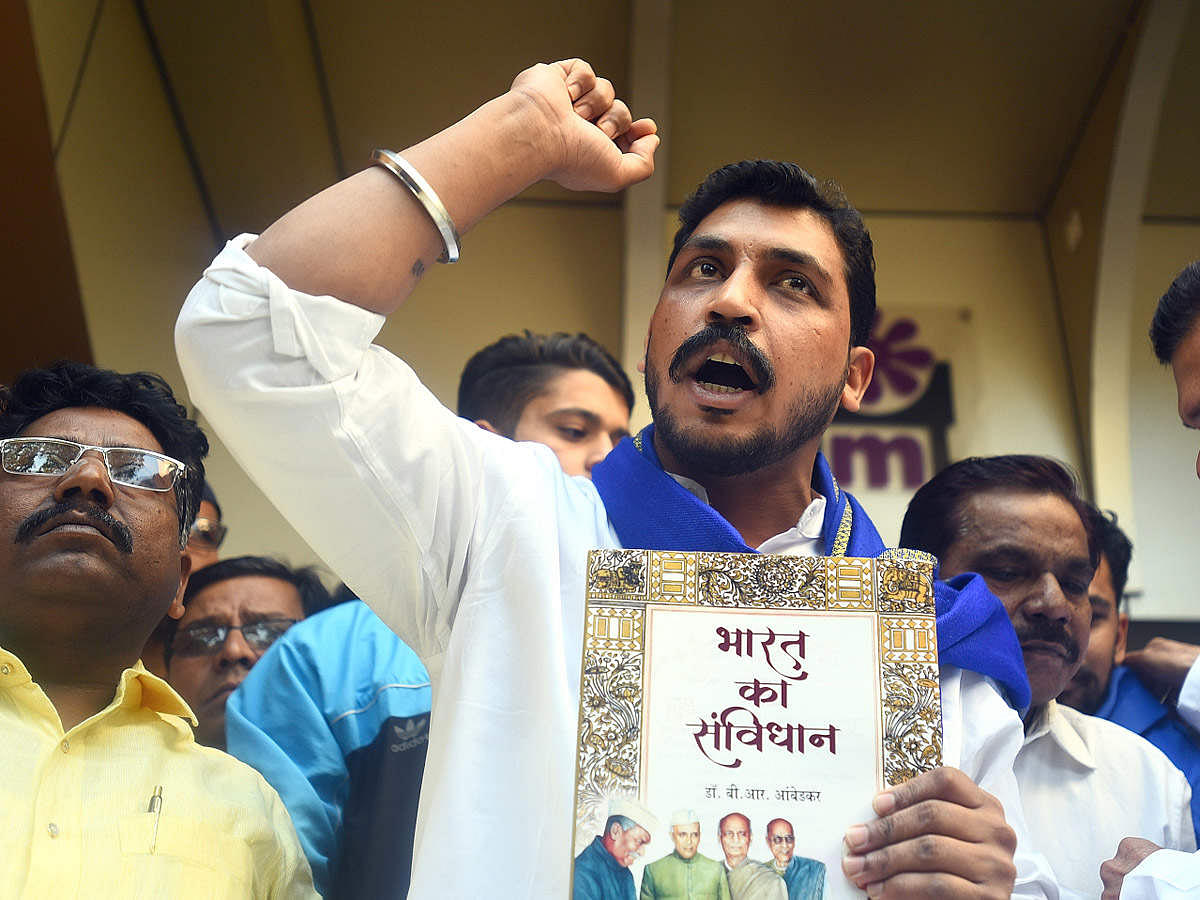 After a clash occurred yesterday (Wednesday) night between Dalit protesters and police yesterday when the former were demonstrating against the demolition of the Ravidas teple at Tughlakabad, authorities have arrested the head of the Bhim Army, Chandrashekhar Azad, reports The Hindu.

Along with Azad, some 50 other Dalit protesters have also been arrested. Dalit groups began demonstrating after the demolition of the temple took place on 10 August, in line with orders issues by the Supreme Court.

The Bhim Army chief was leading his followers to the site of the demolished temple, when some among them began to pelt stones at policemen and others attacked with sticks. The crowds had to be dispersed through a lathi charge.

As per an India Today report, DCP (southeast) Chinmoy Biswal has stated that some policemen have been injured following yesterday’s clash, although no one else has been hurt.