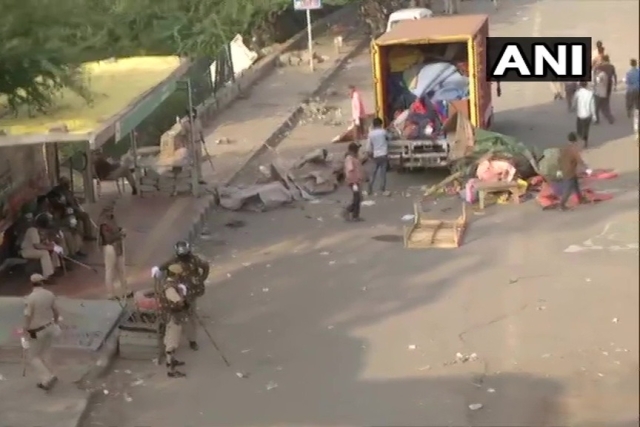 After 101 days of encroaching on a public road in New Delhi in the name of protests against the recently legislated Citizenship Amendment Act (CAA), protesters at Shaheen Bagh have finally been removed.

While details are still emerging, ANI and other agencies reported that the site was cleared by the police on the morning of 24 March.

Delhi: Delhi Police clears the protest site in Shaheen Bagh area, amid complete lockdown in the national capital, in wake of #COVID19 pic.twitter.com/4IYvGCqyFL

NDTV reported that the police reached the site around 7 am. The police had been requesting the protesters to vacate the site for some days now, given the imposition of Section 144 in the capital city over Coronavirus scare.

New Delhi is currently in a near lockdown.

The news channel quoted a police official as saying, “Several people, including women, have been detained…They were not clearing the protest site despite repeated persuasion.”

On Saturday night, hours before the lockdown was announced, two groups of protesters at Shaheen Bagh had come to blows over differences whether to continue the protest or not.

In February, a four-month-old child had died due to cold as his mother had been bringing him to the protest site at Shaheen Bagh daily.

In the run up to Delhi assembly elections. Prime minister Narendra Modi had called Shaheen Bagh protest an “experiment“.

The Bharatiya Janata Party, however, lost the elections while the Aam Aadmi Party, whose leaders had been openly supporting and even facilitating the protest, won the elections with a thumping majority.

The protest inspired similar sit-in across New Delhi and, in fact, across the country. At one of such protest sites in Chand Bagh, ant-CAA protesters launched an attack on the police which resulted in the death of head constable Ratan Lal and heavily injured a senior cop Amit Sharma.