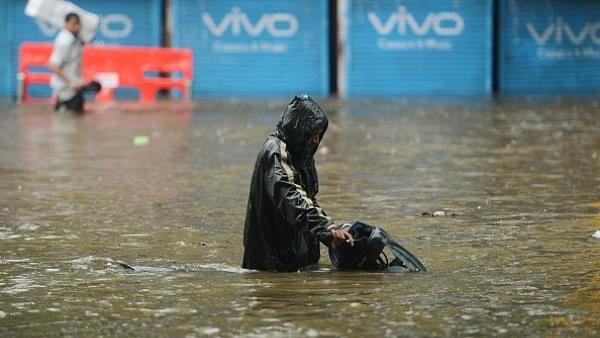 A man aged about 60 drowned on Sunday () morning in a waterlogged stretch on the Minto Road due to overnight heavy rain in Delhi. A bus driver, conductor and an auto-rickshaw driver were, however, rescued by the firefighters.

“A person identified as Kundan was driving a Tata Ace from New Delhi railway station towards Connaught Place this morning. Waterlogging had occurred under the Minto Bridge due to overnight rain. He tried to manoeuvre his vehicle through the waterlogged underpass, but apparently couldn’t succeed. He seems to have died of drowning. No external injury marks on this person were found,” as senior police officer said.

The body has been sent for post-mortem. Inquest Proceedings under Section 174 of the CrPC are underway, he added.

Fifty-six-year-old Kundan had come down from Uttarakhand in March, just before the lockdown snapped all ties. He practically lived in his tempo.

Meanwhile, Delhi Fire Services Director Atul Garg said firefighters rescued the driver and conductor of a Delhi Transport Corporation bus after it also got stuck in deep water at the Minto bridge underpass along with an auto. The auto driver was also rescued.

A downpour in Delhi on Saturday night had led to waterlogging at various places.

The Minto road underpass has over the years seen water logging where even buses have submerged.