'Democratic Process Can't Be Allowed To Be Subverted Through Unlawful Protests': PM Modi On US Capitol Violence 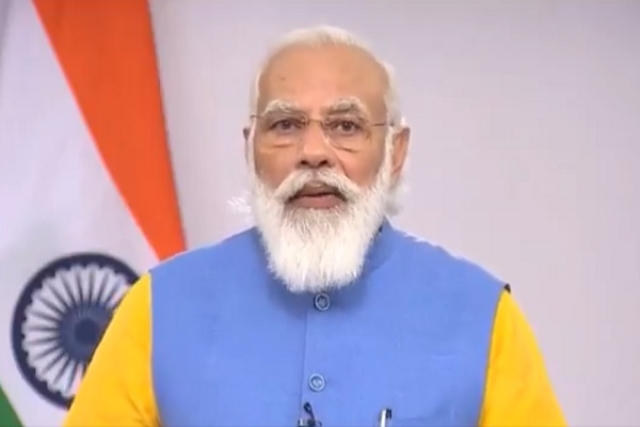 Prime Minister Narendra Modi on Thursday (7 January) expressed distress over the rioting and violence at the United States Capitol and urged the Trump administration to facilitate "orderly and peaceful" transfer of power.

"Distressed to see news about rioting and violence in Washington DC. Orderly and peaceful transfer of power must continue. The democratic process cannot be allowed to be subverted through unlawful protests," PM Modi said in a tweet on Thursday.

Distressed to see news about rioting and violence in Washington DC. Orderly and peaceful transfer of power must continue. The democratic process cannot be allowed to be subverted through unlawful protests.

The development comes after at least one person was shot by police in the US Capitol on Wednesday (6 January) as an angry mobs descended on the building following a “Stop the Steal” rally in which President Donald Trump disputed the outcome of the presidential election.

The massive crowd, running in to tens of thousands, moved on the Capitol after Trump repeatedly urged them to do so, saying he would join them and vowing to “never give up” and “never concede.”

The protesters barged their way past police and into the Capitol forcing lawmakers to shelter under desks and the evacuation of congressional leaders to nearby Fort McNair.

The violence delayed for several hours the ratification of President-elect Joe Biden’s victory in the 2020 election.

After hours of combing operations, the cops managed to clear the Capitol building.