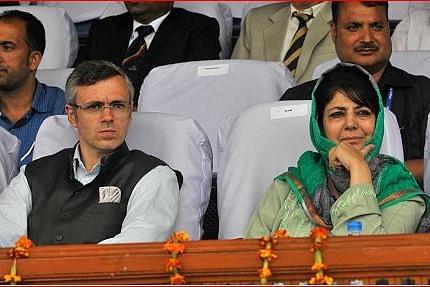 In a major sign of normalcy returning to the Kashmir Valley since the contentious Article 370 was watered down by the Parliament of India, the Governor Satya Pal Malik's advisor Farooq Khan said on Thursday (3 October) that the political figures under house arrest in Kashmir will soon be released in a phased manner, reports Economic Times.

Khan said that the ones having been kept in house arrest shall be released one by one after due analysis and review. The assurance from Khan came after the political figures who had been under house arrest in Jammu were released yesterday (3 October).

The statement from Khan came in response to a query posed by a media person about the future course of action the administration intended to take with respect to the detention of Kashmir-based political figures.

It should be noted that following the abrogation of Article 370 and bifurcation of the erstwhile state of Jammu and Kashmir (J&K) into two separate Union Territories, the administration of J&K had placed under house arrest more than 500 leaders for over 50 days, including former chief ministers Omar Abdullah and Mehbooba Mufti.