‘Devotees Own Sabarimala Not The Devaswom Board’: Pandalam Royal Family Hits Back At Pinarayi Vijayan 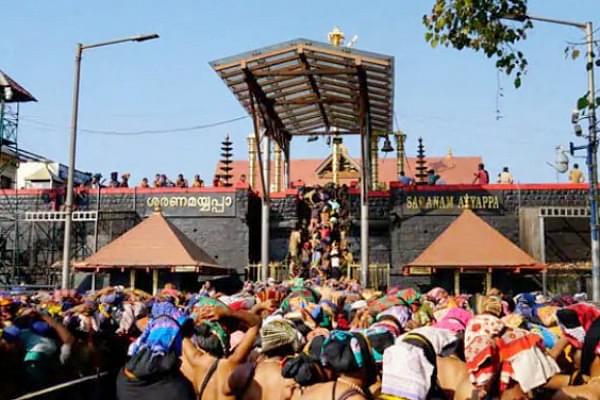 Hitting back at the comments made by Kerala Chief Minister Pinarayi Vijayan, Pandalam Royal family associated with Lord Ayyappa of Sabarimala said that the temple belongs to the devotees and not Travancore Devaswom board, reports Mathrubhumi.

Vijiyan had earlier said that the Devaswom board ‘owns’ the Sabarimala temple and nobody else could claim authority over it.

The royal family said that the Devaswom board is a mere trustee, and the royal family would come forward in the devotee’s aid if the government fails to perform its functions.

“We are not the kind of people who eye the huge revenue of the temple”, said the Royal Family.

“Pandalam royal family’s relation to the Sabarimala temple is not something that changes every five years. The relationship will exist so long as the temple exists. So, it is natural that the royal family has some opinions regarding the temple”, Mathrubhumi quoted the royal family representative saying in a press meet.

As per the covenant, the administration of Sabarimala was handed over to the Devaswom board on the condition that the temple customs will be followed without any change and we want this covenant to be observed, they said.

Chief Minister’s “sarcastic remarks” were described as painful. They reiterated that the Thantri is the final authority when it comes to rituals.