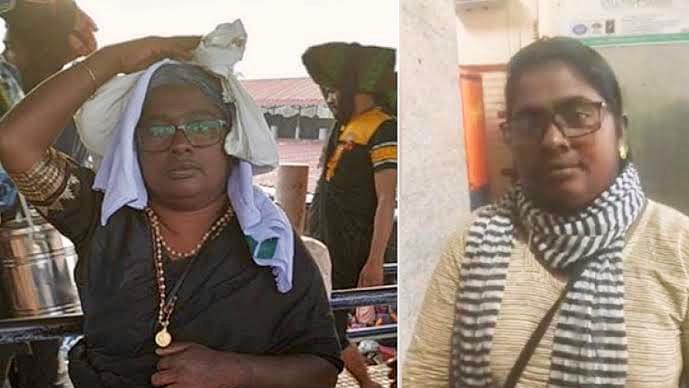 A 36-year old woman from Kerala has claimed that she entered the Sabarimala temple after dyeing her hair white on 8 January, reports Deccan Chronicle.

A social media (Facebook) group named ‘Renaissance Kerala towards Sabarimala’ has also posted a series of videos and photos of the activists. The activist, identified as Manju, is reportedly an active worker of a left-leaning outfit called the Mahila Dalit Federation.

"I travelled from Thrissur by bus and didn't face any resistance as a young woman devotee, even from other devotees. I was in the temple for around two hours, for various rituals", Manju was quoted saying.

“I came as an ordinary pilgrim. But, of course, to dodge protestors, I dyed my hair white and pretended to be an aged woman. Nobody noticed me and I will continue my visit in future also,” she added.

The group has uploaded pictures of Manju which show her dye her hair grey to appear elderly.

The entry of two women in their forties on 2 January has created a law and order crisis in the state. The Kerala High Court had also asked Kerala’s communist government to file an affidavit on the circumstances under which the two women entered Sabarimala.