DGCA Grounds All Boeing 737 MAX; This Is What The Issue With The Plane Is And Here Are The Airlines Affected 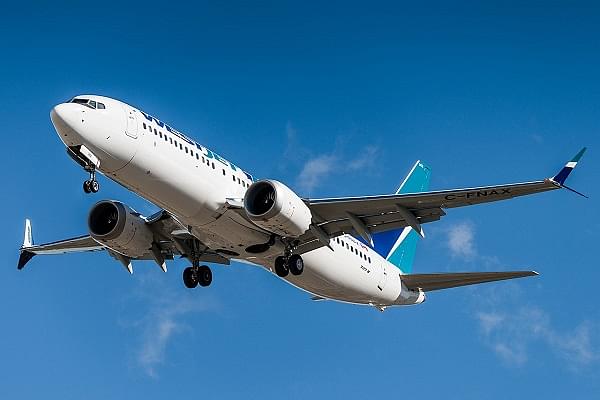 This would come into effect from 4 PM on 13 March to allow some planes to fly back to India or go to hangars for maintenance, ANI has reported.

The DGCA has announced that the planes would continue to remain grounded until the required modifications and safety measures are undertaken to ensure their safe flying. The flight regulator has also called an emergency meeting of all airlines at 4 PM today (13 March).

Why have the planes been grounded?

This decision comes in the back of the Ethiopian Airlines Flight 302 crash which resulted in 157 fatalities. This was preceded by the Lion Air Flight 610 crash in which all 189 members on board perished.

Both these crashes had a common link - Boeing 737 MAX 8. As well detailed in this OpIndia report it has been widely speculated that the computerised Manoeuvring Characteristics Augmentation System (MCAS) and a faulty Angle of Attack (AoA) sensor is to blame.

In order to make the plane more energy efficient, Boeing incorporated a larger engine and installed it further up ahead on the aircraft. This left it prone to pitching its nose up and in order to correct that, introduced the MCAS system which is designed to bring the nose down to normal levels.

It has been speculated that AoA sensor might have malfunctioned which caused the MCAS system to pitch the aircraft nose downward to avoid stall while there was no such immediate risk.

This MCAS system also reportedly kicks in without notifying that pilots and they would have to manually override for deactivation. It has been reported that most pilots have not been trained on the 737 MAX simulator so that they can be prepared for such a scenario.

So which airlines in India would be affected?

Boeing 737 MAX is a very new plane which was introduced only in 2016. While this means that it has now amassed one of the worst safety records, it also means that no major induction by airlines yet would prevent any large scale disruption.

Currently in India SpiceJet has about 12-13 of these planes and Jet Airways has five. Jet had earlier grounded these aircraft due to non-payment of lease dues. SpiceJet has placed an additional order of 193 such aircraft and currently has a total passenger aircraft fleet of 77.