DGCA Nod To Use Of TaxiBots At Airports: Fuel Consumption, Pollution During Taxiing To Be Come Down 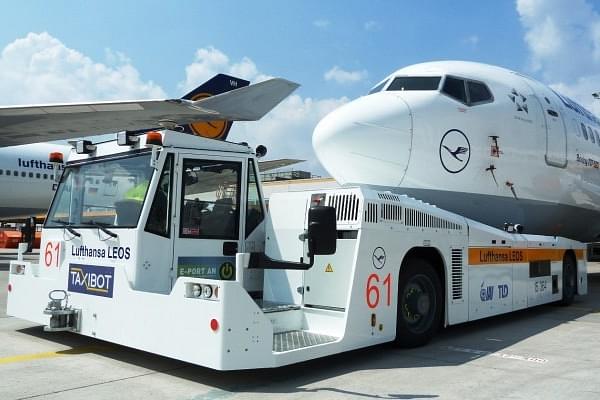 A TaxiBot towing a Lufthansa plane at Frankfurt International Airport

The Directorate General of Civil Aviation (DGCA) has allowed the use of TaxiBots – a robotic vehicle developed by the Israel Aerospace Industries (IAI) to tow aircraft at airports, thus allowing their engines to be shut and reduce fuel consumption and carbon emissions, reports Business Standard.

Trial runs are set to be conducted by Jet Airways and SpiceJet at the Indira Gandhi International Airport, Delhi. In June, IAI entered into an agreement with Gurgaon-based KSU Aviation to operate the TaxiBot at the Chhatrapati Shivaji International Airport, Mumbai and in Delhi. Orders for forty vehicles have been placed with the first one set to arrive in Chennai this month.

By towing aircraft, IAI estimates that 85 per cent of the fuel consumed during taxiing can be reduced, along with a significant reduction in noise. Around 80 million tons of carbon dioxide is emitted globally when planes are taxiing.

The Ministry of Civil Aviation last week told the Parliament that it had accepted a recommendation by the United States Federal Aviation Administration (FAA) on allowing vehicles that tow an aircraft from its parking bay to the runway.

Currently TaxiBot is the only operational alternative taxiing system that has been certified. Competing products including the WheelTug and Electric Green Taxi System (EGTS) that are installed on to the craft itself are yet to hit the market.