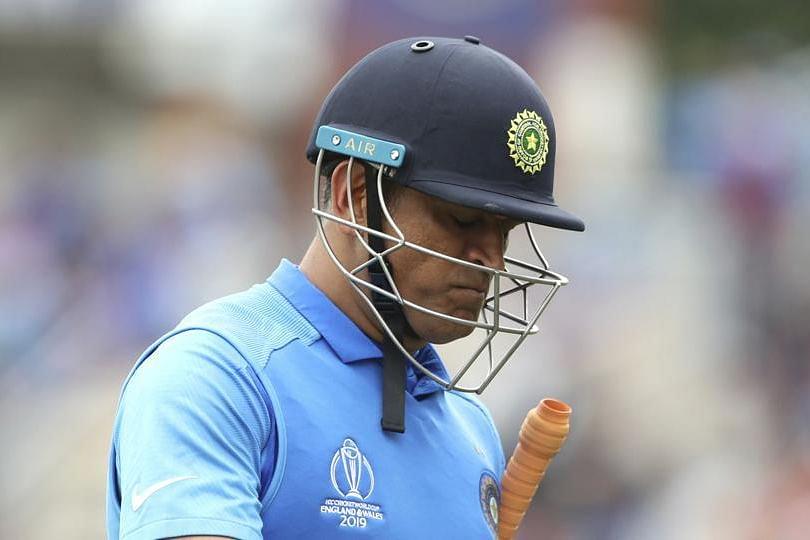 Mahendra Singh Dhoni leaves the field after getting run-out during the semi-final match against New Zealand.

The Board of Control for Cricket in India (BCCI) on Thursday (16 January) announced the mens contract for 2019-20 and the major omission was former skipper Mahendra Singh Dhoni.

Dhoni, who was in the Rs 5-crore 'A' category bracket in the previous year’s contract, has been out of action since India’s exit from the ICC ODI World Cup, 2019 after losing against New Zealand in the semi-finals.

Noticing his absence, from the squad, several questions have been raised regarding the future of the 38-year-old wicketkeeper-batsman. And, this decision by the BCCI is going to further fume those doubts.

M S Dhoni has been one of India’s most successful cricket captains and the only international captain who has won all three ICC tournaments -- 50-over ODI World Cup, T-20 World Cup, and Champions Trophy. In a career longing over 15 years, Dhoni has scores 10,773 runs at an average of 50.57 in 350 ODIs, while conrtibuting 4876 runs in 90 Test matches for India.

Speaking to IANS, India head coach Ravi Shastri had earlier said that they will wait till the Indian Premier League (IPL) 2020 to take a call on Dhoni.

Current India skipper Virat Kohli, Jasprit Bumrah, and Rohit Sharma were named in the 'A+' grade, which means they will pocket Rs 7 crore each, according to a BCCI statement.

Meanwhile, Rishabh Pant has kept his place in the grade 'A' bracket, despite his inconsistent performances.

Bhuvneshwar Kumar, who has been injured for long spells and is currently continuing his rehabilitation at the National Cricket Academy (NCA) in Bengaluru after a successful sports hernia surgery, is also in the same bracket.

K L Rahul has also found place in the Rs 5 crore bracket owing to his stellar performances in white-ball cricket.

Hardik Pandya, who is also out injured and is on his road to recovery, kept his place in the Rs 3 crore grade 'B' category. Fast bowler Umesh Yadav, wicket-keeper Wriddhiman Saha, and spinner Yuzvendra Chahal are other two in the 'B' category where Test opener Mayank Agarwal is also present.