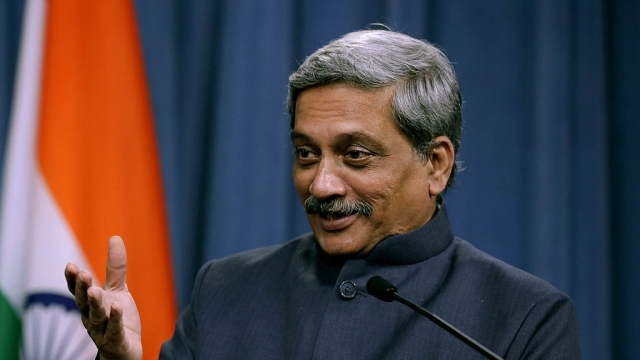 Soon after the Bharatiya Janata Party (BJP) emerged successful in the crucial floor test with the support of 22 legislators, Chief Minister Manohar Parrikar today trained his guns on Congress general secretary Digvijaya Singh and said that the latter had come to the coastal state for luxury and not to work.

"The Congress coming down for the floor test was possibly all a hype because it was being demanded that Digvijaya should be kept down as the general secretary. He had to do something. This happens when you come to Goa just to enjoy, not to work," Parrikar told the media here.

Parrikar asserted that by proving their majority in the 40-member assembly, they have busted the Congress' myth of "having numbers" in their favour. "The resolution motion was passed with 22 to 16, with the Speaker also supporting the ruling coalition making it the support of 23 MLAs. We have proved our majority to the whole of India as the live coverage was being sent to almost every section of the media, debunking Digvijaya's claims that they had numbers. They didn't have any numbers since the beginning," he said.

Parrikar steered clear of any questions on Congress MLA Vishwajit Rane, who had written a letter to party vice-president Rahul Gandhi complaining about the senior party leaders for their slow decision making that cost them the chance to form the government in Goa and Manipur. "The last time I commented on him, the Opposition tried to make a commentary about it. I will not comment about it. He just came and shook hand with me. Goa is such a small state. Everybody knows each other," he said.