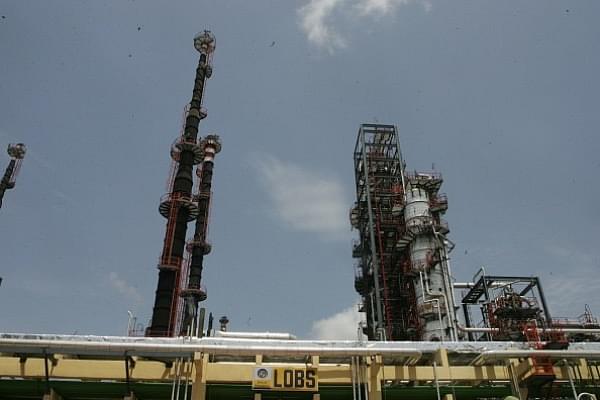 The BPCL refinery in Mumbai. (Manoj Patil/Hindustan Times via GettyImages)

The Union government is on track to conclude the planned big-ticket disinvestments, including privatisation of state-owned oil refiner BPCL and listing of insurance behemoth Life Insurance Corporation (LIC) in the current financial year, despite challenges arising out of Covid-19, Department of Investment And Public Asset Management (DIPAM) secretary Tuhin Kanta Pandey said on Wednesday.

The DIPAM), which manages sale of government equity in public sector enterprises, has already received multiple expressions of interest (EoIs) for strategic sale of companies from which government plans to completely exit.

“Transactions for SCI(Shipping Corporation Of India), Nilanchal Ispat Nigam Ltd, Air India, BPCL and BEML are ongoing. There is bidder interest and we are striving to complete them in the current financial year,” Pandey said.

Pandey said that strategic disinvestment will be the primary mode of disinvestment going forward as the government wants to exit businesses and put its limited resources on social and infrastructure development.

On LIC, Pandey said that the government is looking at listing the entity by the last quarter of the current financial year. “This will be the largest issue that India has seen,” Pandey told the attendees in the virtual interaction. Even a dilution of a 10% stake could potentially fetch the government around Rs 80,000-1,00,000 crore.

Pandey further said DIPAM is working to set up a Special Purpose Vehicle (SPV) for monetising land and other surplus assets of CPSEs.

"On asset monetisation of non-core assets...finance minister had announced Special Purpose Vehicle to be formed for doing this.

"We are working on it and trying to convert that announcement into action, which is actually to form a SPV to enable faster monetisation of the land and other surplus asset of the companies," he said.

In her 2021-22 Budget speech, Union Finance Minister Sitharaman had said strategic disinvestment of BPCL, Air India, Shipping Corporation of India, Container Corporation of India, IDBI Bank, BEML, Pawan Hans, Neelachal Ispat Nigam Ltd, among others, and IPO of LIC would be completed in 2021-22.

Also, the process of privatisation of IDBI Bank is slated to be completed in the current fiscal.