Direct Message To China: US Navy Sends Aircraft Carriers To South China Sea For One Of Its Largest Exercises 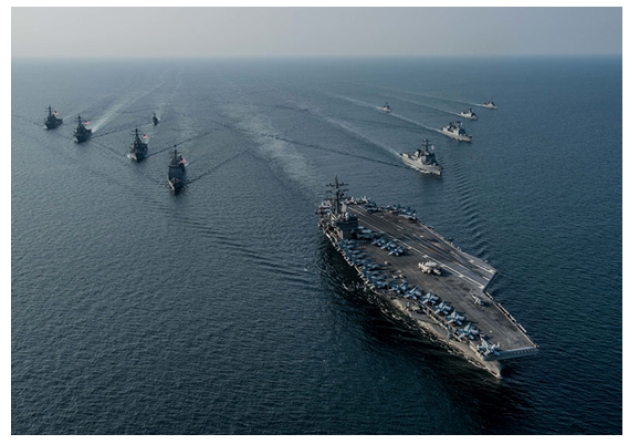 In a direct message to China, the US Navy has dispatched its aircraft carriers USS Ronald Reagan and USS Nimitz to the South China Sea where they will conduct one of the nation's largest exercises in recent years, Wall Street Journal has reported.

This exercise is expected to a message by the US to China that it does not appreciate the latter's military ramp-up in the region.

"The purpose is to show an unambiguous signal to our partners and allies that we are committed to regional security and stability", Rear Admiral George M Wikoff has been quoted as saying.

While the US has denied that its exercise is a countermeasure against China's military games in the sea, it has stated that it seeks to support a free and open Indo-Pacific region.

China meanwhile has been conducting Naval drills near the Paracel Islands claimed both by Vietnam and China. They will be conducted from 1 to 5 July. They have been criticised by both Vietnam and the Philippines.