Diversity In The Council Of Ministers: 22 Out Of 29 States Represented With UP Having Highest Representation 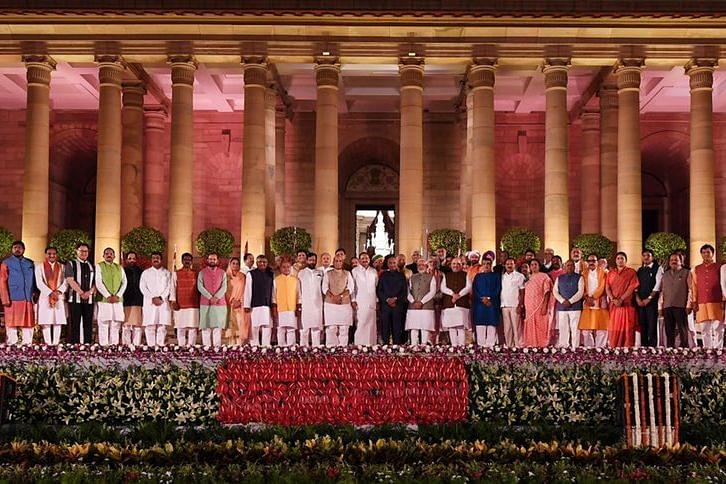 Prime Minister Narendra Modi’s Council of Ministers has representation from as many as 22 out of total 29 states. Uttar Pradesh, from where the ruling Bharatiya Janata Party got the highest 64 seats in the 2019 Lok Sabha polls, got the biggest representation with nine out of 57 ministers, excluding the PM who represents Varanasi, hailing from the state, reports Times of India.

Of the nine ministers from UP, four are of cabinet rank - Rajnath Singh, Smriti Irani, Mukhtar Abbas Naqvi and Mahendra Nath Pandey.

Maharashtra got the second highest representation with seven ministers while Bihar got six ministerial berths.

States which couldn’t secure their representation in the CoM were Andhra Pradesh, Sikkim, Manipur, Mizoram, Nagaland, Tripura and Meghalaya.

Andhra Pradesh is the only one bigger state which could not get any ministerial berth. The BJP could not open its account in Andhra Pradesh this year where 22 of the total 25 parliamentary seats went in the favour of YSR Congress while the remaining three went to the TDP.