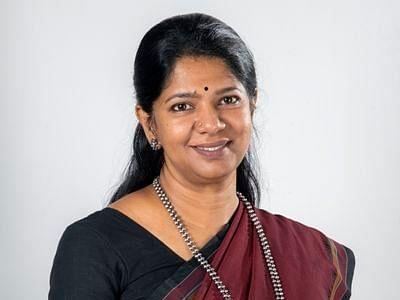 In a tweet Kanimozhi said, "The statement of Secretary of the Union Ministry of AYUSH Vaidya Rajesh Kotecha that non-Hindi speaking participants could leave during a Ministry's training session speaks volumes about the Hindi domination being imposed. This is highly condemnable."

She said, "Govt should place the Secretary under suspension and initiate appropriate disciplinary proceedings. How long is this attitude of excluding non-Hindi speakers to be tolerated?"

The virtual training session for master trainers was organised by the Ministry of AYUSH.

Most of the speakers spoke in Hindi which many delegates from non-Hindi speaking states including 37 from Tamil Nadu said was difficult to follow.

Kotecha, while addressing the gathering said he was not fluent in English and will speak in Hindi and allegedly asked those seeking instructions in English to leave.