‘Do We Really Need To Decide If Female Genital Mutilation Is A Crime?’ Critics Question Supreme Court’s Move 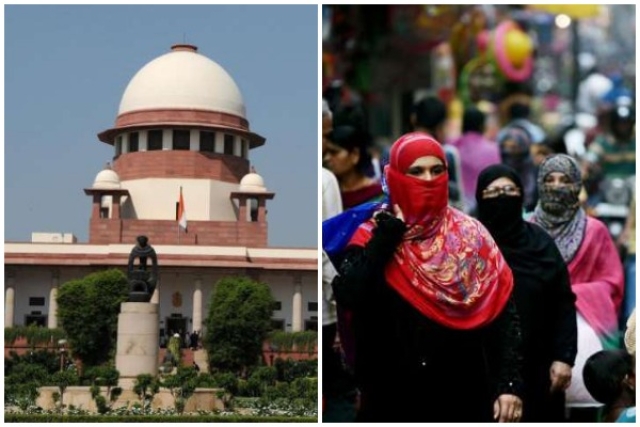 A view of the Supreme Court and Muslim women walk across a busy street in New Delhi.

The PIL challenged the practice on the ground that the act of mutilation, which is committed when the girl child is over five years old and before puberty, was in contravention of the United Nations Convention on the Rights of the Child and United Nations Universal Declaration of Human Rights. India is a signatory to both the aforementioned conventions. Also, the plea added that the practice of mutilating a girl child’s genitals caused permanent disfiguration to her body.

The reference to a five-judge bench comes after a group of Dawoodi Bohra Muslims said that the practice was common among certain Islamic sects and that the validity of such a practice should be determined by a constitution bench of the apex court.

Critics of this referral to a larger bench took to Twitter asking how there’s a doubt regarding whether female genital mutilation is a crime.

Is this where the concept of justice has come to - that we need a larger bench to decide if MUTILATION is a crime?

Female Genital Mutilation is nothing but a sanctioned sexual assault on a woman. SHAME that our judges need more time on this matter. Shame. https://t.co/SPYi0dxvFq

It may be noted that the practice of female genital mutilation is banned by a number of African and European countries and is also proscribed by the United States of America.