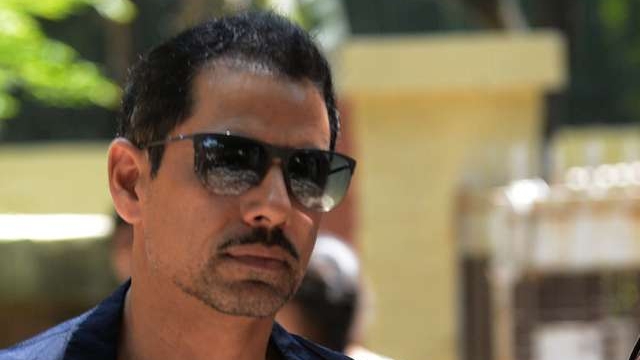 In August 2012, Bandari's travel agent, Paharganj-based International Travel Hom, operating out of Suite No 112, Hotel Satyam, sent two mails to Bhandari (email ID: deltabhandari@hotmail.com) with travel tickets worth Rs 8 lakh for Vadra for an Emirates flight. The mail sent on 7 August has details of Vadra's travel plan for 13 August by flight No EK71 with the confirmation number EAMTVB.

Another mail on 17 August at 4.58 pm from the same travel agent showed that Vishal Bajpai booked Vadra on Swiss flight (LX) 563 from Cote d'Azur airport in Nice to Zurich. The ticket shows a business class window seat with bassinet facility and extra leg space.

The questions that arise are:

Did Vadra really fly on these tickets?

What is the nature of the relationship between him and the fugitive arms dealer?

Also, whether the two had a financial relationship and, if so, why did Vadra deny it last year? Income tax authorities had raided Bhandari on 27 April and 30 April last year.

Significantly, Bhandari paid for Vadra's travel just when he was being probed for his role in swinging a jet trainer deal for Swiss company Pilatus, which did win the deal though the Indian PSU HAL had pitched its HTT-40 as a contender whose bid was backed by the then defence minister A K Antony. One of the tickets booked for Vadra was for Zurich which is Switzerland's financial capital.

The government is making attempts to get Bhandari, who had fled to UK, extradited. Three months ago, the Enforcement Directorate attached his properties worth over Rs 20 crore, including four luxury cars. He has also been slapped with violation of the Official Secrets Act.

Times Now sent a detailed questionnaire to Vadra but till the time of writing this report, there was no response from him.