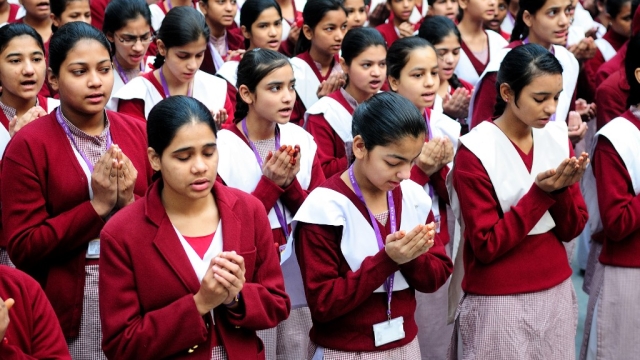 The central government has sought to distance itself from the controversy on making the recitation of Sanskrit and Hindi hymns compulsory in morning assembly of Kendriya Vidyalayas, Zee News reported.

Earlier this year, the Supreme Court had asked the Centre and the Kendriya Vidyalaya management for a response on a public interest litigation (PIL). It alleged that the morning prayers in the schools propagate Hinduism. The report says: "In his plea, Madhya Pradesh resident Veenayak Shah said that compulsorily recitation of prayer based on Hindu religion in the morning assembly created obstacles in development scientific temperament among students."

News 18 reported that Centre was questioned on why the prayers are done by joining hands and closing eyes.

Another report said that the petition filed by Shah claims that the compulsory singing of “Asato Ma Sadgamaya strangles the spirit of scientific inquiry and amounts to 'religious instruction' which is prohibited under the Constitution." It added that the prayer  challenged the "education code for KVS schools" and that its “practice creates a lot of obstacles in developing a scientific temperament” leading students to an inclination towards "seeking God’s help instead of finding solutions to everyday problems."

The same report added that the apex court will take up the matter again on 10 September.