Donald Trump Slams Pakistan; Says It Doesn’t Do A ‘Damn Thing’ For The US 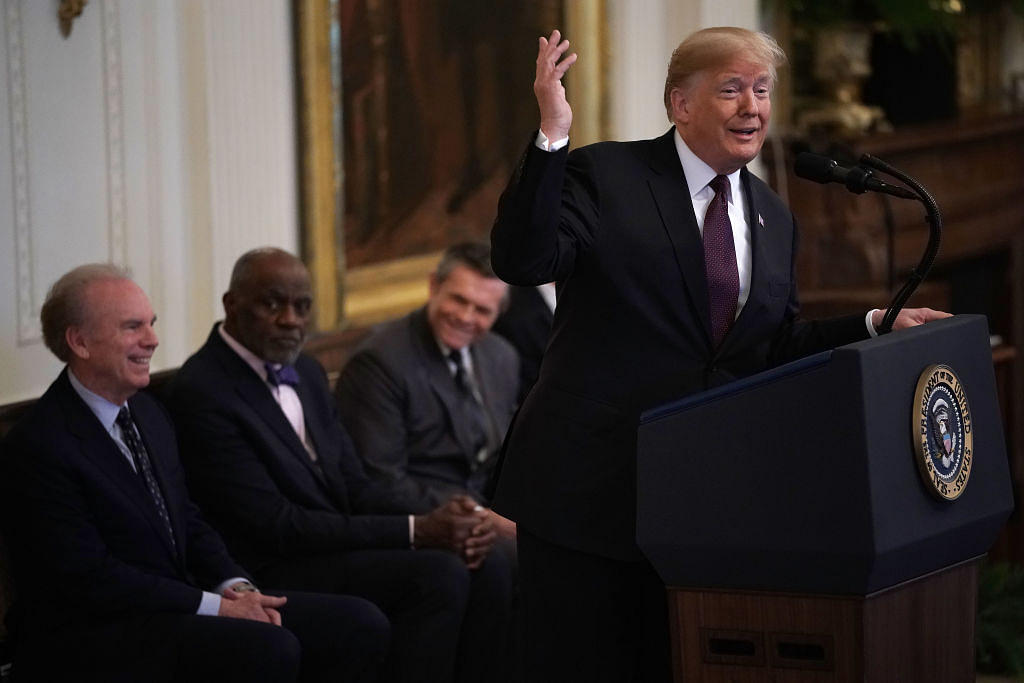 Slamming Pakistan for helping Osama Bin Laden hide in Abbottaabd, US President Donald Trump said he did the right thing by cutting down on the millions of dollars that used to flow into Pakistan in the name of military aid. He added that the country ‘doesn’t do a damn thing’ for the United States in return.

For sheltering terrorists, he said the country will be losing much. The changes in the foreign policy, especially with respect to Pakistan, came after he announced his South Asia Policy in August 2017. USD 300 million in military aid was cut off to Pakistan.