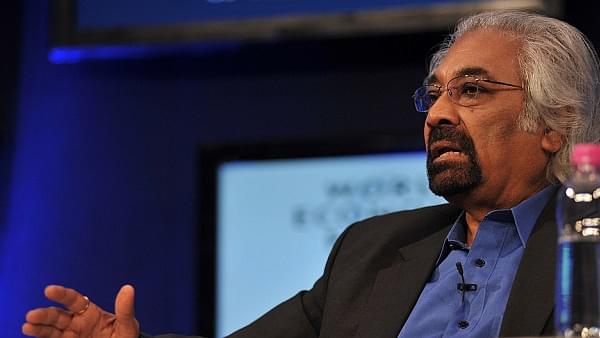 After the controversial comment on Pulwama attacks, Congress’ overseas chief Sam Pitroda, is in the news again, asking country’s tax paying middle class to not be selfish, while admitting that the NYAY scheme promised by Rahul Gandhi may result in tax-hike for the middle classes.

“Taxes may go up a little bit but that’s not a major issue. Let’s not worry about that,” said Pitroda when the interviewer asked about his message to the middle classes who are worrying about increased taxes to fulfil Congress’s poll promises, adding, “Don’t be selfish.”

#Politics @sampitroda hope you are aware of how much taxpayer's money has been used to fund the fantasies of the super rich. Don't give #TheCommonMan lecture on paying taxes. pic.twitter.com/VgOF5iZ4ut

Supporting Congress president’s NYAY, a scheme that promises a minimum income of Rs 6000 per month to every poor family, Pitroda said, “Have big heart. How can see when poor people around you and feel that somebody is going to take 10 paisa out of you? That’s not India”.

Recently, Pitroda, while reacting about the Pulwama attack said, ”Pulwama like attacks happen all the time. Attack happened in Mumbai also, we could have then reacted and just sent our planes but that is not right approach. According to me that's not how you deal with world." The comments raised controversy and saw public across the social media platforms lambasting him, much to the embarrassment of Congress party.